Isra-Alien is a high-energy acoustic guitar duo with innovative compositions and imaginative arrangements — deeply rooted in Israel’s diverse musical traditions. This duo emerged through many years of musical collaborations and ongoing discussion about various musical concepts. The result is a unique fusing of a myriad of musical traditions (Greek, Balkan, Eastern-European, and Jewish/Klezmer), with daring improvisations and inventive textures, showcasing both guitarists’ musical worlds. The live performances are humorous and lively, and include stories and personal anecdotes about the music, the compositions, and the musicians.

Gilad Ben Zvi and Oren Neiman are Israeli guitar players who moved to New York eight years ago and made it their musical home. They met originally during their mandatory service in the Israeli army, and have been close friends and musical collaborators ever since.

1) What or who inspired you to want to be an artist?
In a way, we think that art kind of chose us, but also many of our musical heroes and other artistic heroes constantly inspire us to continue creating art: people such as Aris San, Astor Piazolla, Sasha Argov, Kaveret, and many others.

2) What was your creative journey that has brought you to where you are in your career today?
Now that we have been living in the US for about 10 years, the distance from Israel enabled us to get into a deep inquiry about our identity through the exploration of the roots of Israeli music as inspiration for the compositions we write. On a less philosophical level, Oren moved to the US in 2001 to study jazz at SUNY Purchase and from then on continued his musical journey here in the US, composing and playing with many NY musicians. Gilad was busy in Israel as a rock guitarist playing alongside artists such as Yitzhak Klepter, Yeremy Kaplan, Alon Olearchick, and others, until he moved to NY in 2005. Isra-Alien formed as a band in 2006, and we recorded our first album in 2009.

3) What do you need as an artist today?
The time and space to create and rehearse without other things getting in the way (such as booking shows, making a living, and so on).

4) What creative project are you working on now?
We are constantly working on new material that strives to stretch what is possible with ten finger and two guitars, and we continue our inquiry into the roots of Israeli music. Our second album just came out last November, so hopefully there will be a third recorded within the next year. Oren also has a quartet that is more jazz oriented and has released a couple of albums, and he is currently working on material for a third. 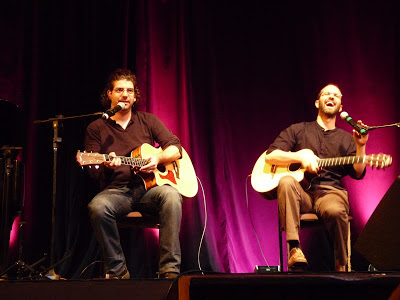 5) Where do you see yourself and your career in 10 years?
We would like to see Isra-Alien continuing to grow and create as a duo. Also, more exposure to wider audiences worldwide and hopefully making a living from all this.

6) What does it mean to you to be an Israeli artist?
The whole impetus for starting this project was a common exploration of what makes Israeli music Israeli, and where these musical roots stemmed from. In this way, we explore our musical identities, both together and separately. Also, being a part of several communities of Israeli artists is something that is important to us. 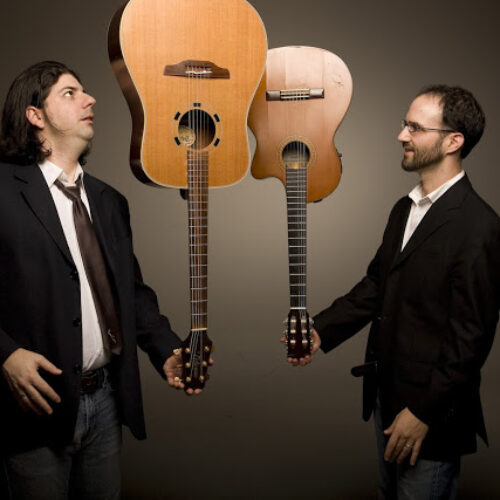