The series by Noa Koler, Erez Drigues and Assaf Amir is now available for streaming on Hulu

Iris and Tomer are frustrated playwrights who happen to be a couple. An explosive argument leads to their nasty breakup, but the minute Tomer walks out the door, he receives exciting news: their dream project, on which they have been working for years, was selected by the country’s largest theater, as their next production. Working alongside your ex is never a good idea, let alone just after a breakup. But what makes it even more unbearable is the fact that this play, written by her and about to be directed by him, is a comedy based in great accuracy on the couple’s real-life relationship. As though things aren’t complicated enough, the two actors chosen to star in the play don’t really resemble them, to put it mildly: Maya (as Iris) and Ofer (as Tomer), both TV celebrities, used to play a couple in a popular daytime drama. Iris, heartbroken yet determined, is doing everything in her power in order to get back with Tomer. But working so closely together, with such high stakes, proves to be an eye opener, and she gradually sobers up and finds her own way both in the theater, and in life. “Rehearsals” is a fast-paced comedy, depicting the challenging day-to-day work behind the scenes up until the show’s opening night. While bursting with deep passion for the theater, “Rehearsals” offers a rare glimpse at the lesser-known aspects of this colorful, intense and all-consuming world. 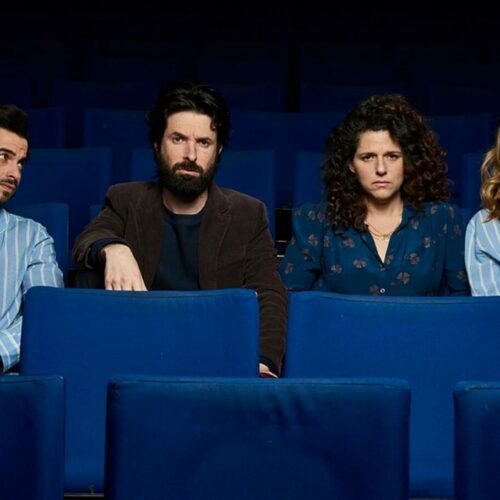