Listen to a beautiful performance by flutist and AICF grant recipient for 5 consecutive years Itay Lantner.

Itay performed Schumann’s Three Romances Op. 94 recently and shares about this meaningful choice: “I recorded the piece this past March, during the Covid pandemic, as part of a recital without an audience at the National Opera Center in New York. I chose to perform this piece specifically now because it is an example of a musical treasure that was born during a period in Schumann’s life that was crippled by extreme personal struggles involving his mental health, which eventually concluded in his admittance to an asylum. Despite these tragic circumstances, Schumann was able to produce music that is filled with sentiments of hope, love and optimism. I hope that this short piece will evoke a similar sense of optimism that is much needed nowadays.” 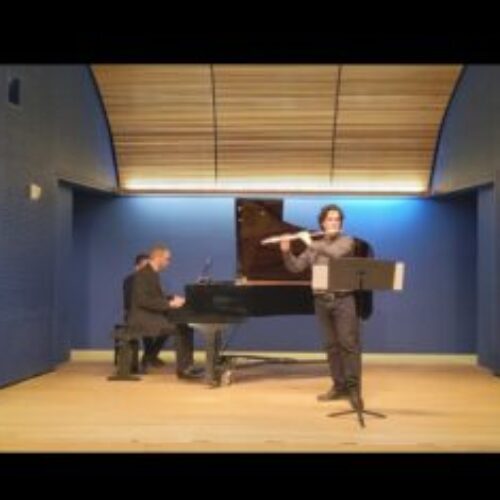