In his dual role as violinist-composer, Ittai Shapira is a rarity in the 21st century, but follows a long line of musicians who, in writing and performing their own works, have relished both forms of creativity.

Described in the NY Times as “an Israeli dynamo with a flourishing solo violin career” and as “electrifying” by the London Times, Ittai made his Carnegie Hall Debut in 2003 with the Orchestra of St. Luke’s, and since then has premiered 19 concertos and recorded 20 CD’s. His unique projects often involve social causes, and he has collaborated with the Daniel Pearl Foundation for an HBO Film, has performed with Glenn Close and Brooke Shields, and is now collaborating with scientists at Weill/Cornell about Music and the Brain as Artist in Residence. He is also the Artist in Residence and Consultant for the Madison Theatre at Molloy College, and has been touring, performing his own concertos for violin and orchestra. The Victor Herbert Foundation has recently given him a special award in recognition and support for this.

Ittai Shapira studied in Israel with the Ilona Feher and at the Juilliard School with Dorothy DeLay, Naoko Tanaka and Robert Mann. He is the co founder of the Ilona Feher Foundation, dedicated to the nurturing and promotion of young Israeli violinists.

1) What or who inspired you to want to be an artist?
My main teacher, Ilona Feher. Her strength of character, vitality and uncompromising standards were truly unique and inspiring.

2) What was your creative journey that has brought you to where you are in your career today?
A strong sense of discipline and curiosity. Growing up, it was practicing the violin every day, touring, and developing my career. Now, music is how I experience and communicate with the world around me, with people from different cultures. I compose music as a reaction to stories, novels, and events of interest.

3) What do you need as an artist today?
I always seem to wish there were 25 hours a day! I am constantly interested in meeting people in and out of the artistic circles for support of new, original projects.

4) What creative project are you working on now?
I am recording a Concerto for Two Violins and Orchestra with my colleague Hagai Shaham with the Arpegionne Orchestra in Austria. This is one of series of concertos I am composing, recording, and performing internationally. I am also giving concert presentations about “Music, Memory and the Brain” at various universities. 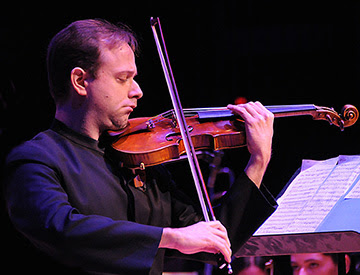 5) Where do you see yourself and your career in 10 years?
Doing more of the same-playing, composing, recording, and touring, an—hopefully–an increasing amount of socially minded, original projects.

6) What does it mean to you to be an Israeli artist?
A sense of pride, a desire to generate good will towards my home country and continue to nourish young Israeli violinists, be it through the Ilona Feher Foundation I co-founded or getting the word out regarding the multi-faceted activities of the AICF.

7) What does it mean to you to have an organization like AICF available in the art world?
The AICF is dealing with a rapidly changing environment, but having an all-encompassing organization dealing with all art forms is absolutely crucial to a humane, educated, and civilized Israel. 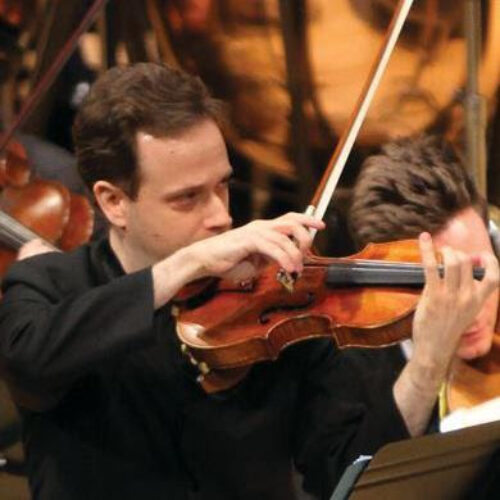