The 37th Jerusalem Film Festival, which is running online until December 20, announced its winners Wednesday.
Dani Rosenberg’s The Death of Cinema and My Father Too won the Haggiag Award, given through the Jerusalem Foundation, for Best Israeli Feature Film. Ada Ushpiz’s Children won the Israeli Documentary Competition.
The GWFF Award for Best Israeli Debut Film went to Ruthy Pribar’s Asia. The Anat Farhi Award for Actress was given to Alena Yiv for her performance in Asia and the Aharon Emanuel Prize for Cinematography was awarded to Daniella Nowitz for Asia.
The Anat Farhi Award for Best Actor was shared by Shai Avivi and Noam Imber for their performances as father and son in Nir Bergman’s Here We Are. Dana Idisis won the Best Screenplay Award for this film.

Marek Rozenbaum, best known as a producer, won a special commendation for his acting in The Death of Cinema and My Father Too.

The winner in the Nechama Rivlin International Competition was Valentyn Vasyanovych’s Atlantis, a dystopian drama set in the Ukraine in 2025.

The GWFF-sponsored Debut Film Competition Award was given to Kitty Green’s The Assistant, an American movie about a young woman played by Julia Garner who works for a Harvey Weinstein-like executive. 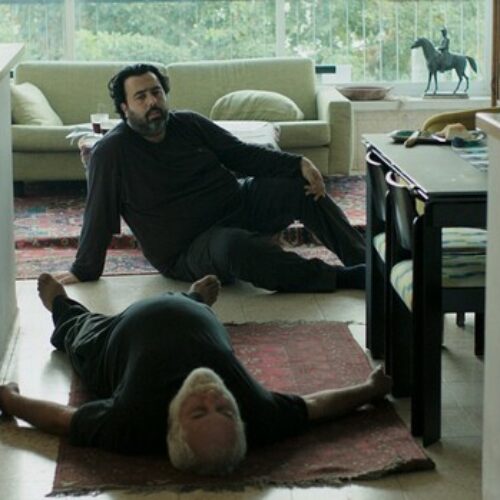