The Jerusalem Post Coverage of the AICF Awards Ceremony 2022

"The two actresses will be honored alongside Israeli performers Ido Tadmor, a dancer, and Yefim Bronfman, a pianist" - The Jerusalem Post

Israeli actresses Gal Gadot and Shira Haas will be headlining the America-Israel Cultural Foundation’s (AICF) honorees to receive the 2022 Israeli Culture & Arts (ICA) Awards at a ceremony on November 7 at 6:30 pm EST.

Both Gadot and Haas play superheroes, though Haas’s character has yet to make her live-action debut. Gadot plays Diana Prince (aka Wonder Woman) in the DC Extended Universe (DCEU) whereas Haas will portray the Israeli superheroine and Mossad agent Sabra in the Marvel Cinematic Universe (MCU) in 2024.

The event will take place at The New York Historical Society in Manhattan. The two actresses will be honored alongside Israeli performers Ido Tadmor, a dancer, and Yefim Bronfman, a pianist.

According to the AICF website, Gadot will be recognized for her film work, Haas will be honored for her work in television (likely for her most well-known shows Shtisel and Unorthodox), Tadmor for dance and Bronfman for music. All four are to be honored as the most impactful Israeli artists in the global cultural landscape in the past year.

The event will also feature performances by Israeli artists who have been supported by the foundation in their careers, the organization’s website states.

How does one even get nominated?

To be nominated, an Israeli artist or performer must have a minimum of 10 years of experience in their field, according to their website. And if they win, they must agree to attend the AICF’s Anniversary Celebration.

“With so many outstanding artists in Israel, and especially in light of the growing success of so many of them on the global stage, it was very difficult to select the winners this year,” said Global America-Israel Cultural Foundation CEO Iris Reff Ronen.

Haas’s debut as Sabra will be in May 2024 in the film Captain America: New World Order; the next time Gadot is expected to play Diana Prince will be in the character’s third Wonder Woman movie – which does not yet have a release date but will reunite Gadot with her frequent collaborator, filmmaker Patty Jenkins. In the same year that Haas’s movie comes out, Gadot will play the Evil Queen in a live-action remake of the 1937 animated film Snow White. All the winners mentioned were selected by a panel of judges and a public vote by people who love Israeli artists and performers. More than 4,000 people voted on the AICF’s website. 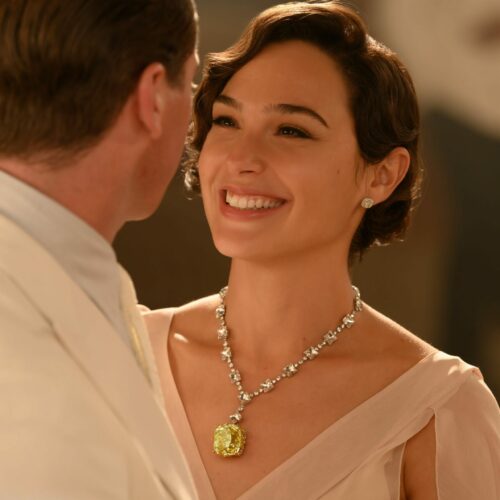