Born and raised in Israel, Liat Ron is fascinated by different cultures and synergetic possibilities. Liat began her Middle Eastern dance journey by training with Israel’s prime dancer Elina Pechersky. In New York she trained with Yousry Sharif at the Egyptian Academy of Oriental Dance. Liat believes that Middle Eastern dance is the ultimate form of dance for women. She finds its elements inspiringly organic to a woman’s body and empowering in the most profound sense of the word, as opposed to other traditional forms. Liat is passionate about bringing the dance to the theatrical stage as much as possible, and has performed her dance in several plays, such as FCSJ’s Acharnians, WOW’s Seven Layers of Skin and Israel’s HaChan Theatre’s The Eternal Triangle. AICF had the opportunity to chat with Liat Ron and learn more about her and her latest project GUTS.

1) What or who inspired you to want to be an artist?
I feel like I had never had control over this. Being an artist was certainly not a choice derived from one inspiration or another. I feel like it might be my state of being, the way I view things, look at the world outside of me and inside of me and subsequently…create. I’m inspired every day, and am beyond thrilled to know that playing in my creative sandbox has the ability to be somehow called art. Generally, being surrounded by passionate people inspires me.

2) What was your creative journey that has brought you to where you are in your career today?
When I came out of acting school, I never thought that one day I would aspire to be more than an actress using my instrument to materialize someone else’s vision. Little did I know that was not enough for me. I wanted more. I found myself feeling unfulfilled, even though I was working in my craft. I discovered Middle Eastern dance, writing; I discovered I have something to say. I found myself one day saying to myself that from now on, every project would be something that really means something to me and/or to the world. Since articulating that intention to myself, I have been fortunate to live up to my new goal. My current project is definitely the ultimate culmination of this goal.

3) What do you need as an artist today?
All I need is to continue performing and writing with the idea that I have something unique to give as an artist. It also helps to be able to pay the bills while I’m at it…

4) What creative project are you working on now?
My solo show, GUTS, opened November 3rd at the 9th Space in the East Village. It is a multi-media fantasia that uses Middle Eastern dance and a shockingly honest comedic narrative to tell a story outlined by my own personal journey to my roots in Israel, back to New York. You can read more about it at www.gutstheplay.com.

5) Where do you see yourself and your career in 10 years?
Since I was a teenager, I had the dream of changing the world (call me naïve). I see myself continuing to take part in projects that can make a difference in people’s lives through art. It may sound too ambitious, but I will always strive to utilize my artistic skills and talents in order to achieve that. Whether it’s dance, writing or performing (or all-in-one, like I’m currently doing in GUTS, for the first time in my life), I see myself pushing the boundaries of art and continuing to inspire and enlighten people.

6) What does it mean to you to be an Israeli artist?
It means to always be a proud Israeli ambassador, wherever I go. When people first meet me, they never guess where I’m originally from, but once I tell them, I become an eye opener, educating and enlightening people who never heard much about Israel. I find that people always appreciate learning and listening to new perspectives about this little place in the Middle East that tends to make a lot of “noise”. I never take it for granted that people actually want to listen to me and are curious about what I have to say. I was performing in a theater festival up in Maine during the second Lebanon war. The festival took place in a very small town, where there they rarely meet Jews, let alone Israelis. Yet, the war in Israel was very big news, and I found myself challenged to play the role of Israel (in addition to the multiple roles I played in the different plays throughout the festival) in that town. I had to deal with my own worrying about my family, feeling like a helpless being so far away, and, at the same time, having to teach people about Israel and answer questions I hadn’t necessarily had the answers to. I know that they will never forget the experience of having an Israeli around during the war. I’m honored to think that I somehow made a difference, and it does mean the world to me.

7) What does it mean to you to have an organization like AICF available in the art world?
Artists need support and nurturing in order to grow and achieve their dreams. Having an organization saying ”I got your back,” gives you a certain level of comfort and freedom to create knowing someone will be there to help you continue on your ambitious path, even when the road is bumpy. I believe that AICF has the ability to ultimately improve Israel’s image by simply illuminating how extensively Israeli artistic talent is spread all over the world. I am thankful to be on AICF’s radar. 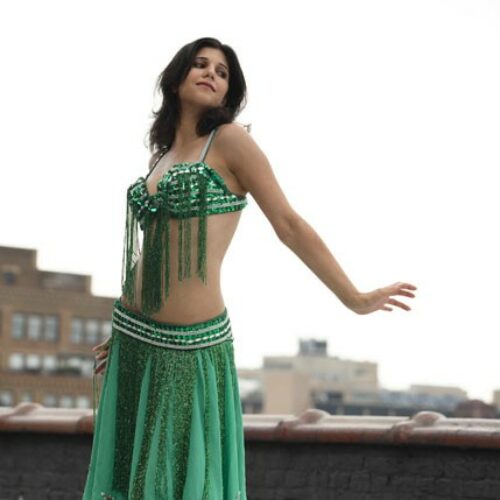