Yasmin Meroz and Liat Segal launch "Impossible Object", a sculpture that can only exist in space, to the International Space Station

“Impossible Object”, one of the few contemporary artworks ever created for and sent to Outer Space, was launched to the International Space Station (ISS) in April 2022. At the ISS, it was activated and documented by the Israeli astronaut Eitan Stibe during mission AX-1, the first private astronaut mission on the ISS.

“Impossible Object” is a joint work by contemporary artist Liat Segal and physicist Yasmine Meroz (Tel Aviv University). It is a sculpture made of liquid water. The liquid’s three-dimensional form does not get its shape from any vessel, and as such cannot exist on earth, but only in Outer Space, in the absence of gravity.

As two leaders in their fields, Meroz and Segal hope that ‘Impossible Object’, the first artwork in Outer Space ever made by two women, will inspire many other women to
pursue their dreams.

See more about the sculpture in space here: 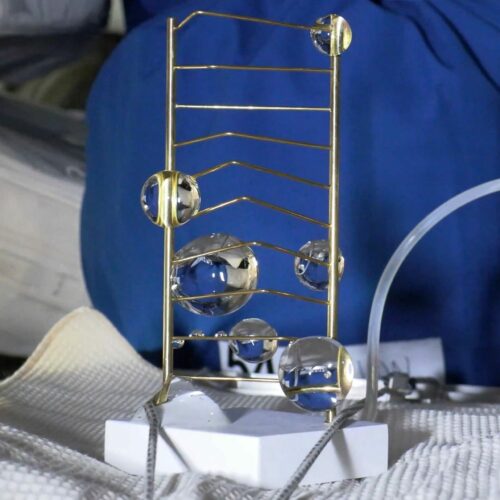