After winning the IDF Radio (Galei Tzahal) prize three times for her roles in “Underdog”, “Thoughts, Inc.” and “Path of the East”, actress Michal Birnbaum moved to New York to focus her career on the stage. Soon after landing in the Big Apple, she was cast in a Chekhov play as one of the best characters ever written for women – Sonya in Uncle Vanya. Later on she wonderfully portrayed another interesting character – Cléante in Molière’s Tartuffe, a role originally written for a man. The production was a huge success at The American Theater of Actors in NYC’s Theater District. Birnbaum then starred in The Dybbuk produced by 24/6: A Jewish Theater Company, gracefully and fearlessly playing the lead character of Leah, and now has a new exciting project debuting this weekend – Pet Lawyer at The Gallery Players, the iconic Brooklyn theater that produces several quality shows every season. This coming June, the theater will celebrate its 48th annual New Play Black Box Festival. Adam Hundley, a lawyer who changed his life path and decided to become a playwright, wrote a play about a man who takes his lawyer with him everywhere he goes, in order to protect him from possible lawsuits. We spoke with Michal about her beginnings, career and dreams:

1) What or who inspired you to want to be an artist?
I remember sneaking out of math classes to go the school’s library and read plays. There I was exposed to Shakespeare, Shaw and Brecht. I think their writings inspired me to start thinking of how I would stage them and how I can approach these roles.

2) What was your creative journey that has brought you to where you are in your career today?
In high school, I played the lead in Lorca’s The House of Bernarda Alba. Later, I was stationed at the IDF Radio (Galei Tzahal) as an entertainment reporter, where I got to see a lot of theater and had a chance to interview all kinds of creative people and well known artists. That’s what led me to voice-over acting on the radio. By then, I already knew that I wanted to learn Method Acting, which to me is the most essential acting tool. Mastering the System is the basis for further exploration and creation of personal acting methods.

3) What do you need as an artist today?
Peace of mind. To be sensitive enough to let this world and its challenges inspire me and at the same time to not let the harshness get to me and disturb my inner peace. A very delicate balance that I believe every artist struggles with.

4) What creative project are you working on now?
I am in the midst of rehearsing for an original play called Pet Lawyer, by Adam Hundley. I think the playwright manages to get the message of an over-legalized America through in a very unpredictable way. We are raising a discussion regarding the limits of the modern legal system and whether it can truly protect us from any harm, including heartbreak. I am honored to perform at The Gallery Players, it is such a great home for artists.

5) Where do you see yourself and your career in 10 years?
My biggest passion is the Theater of the Absurd. I would love to play some iconic characters out of Brecht, Beckett and Ionesco, both in the States and in Israel. I also see myself getting more involved in the film industry, especially in movies that explore certain social justice issues.

6) What does it mean to you to be an Israeli artist?
It means that I represent Israel and myself at the same time, and there is no clear line that separates the two. It means that no matter what I create on stage, it always has a deep connection to my experience growing up in Israel.

7) What does it mean to you to have an organization like the America-Israel Cultural Foundation supporting Israeli culture in the past 75 years?
The AICF is doing an incredible job supporting Israeli talents in Israel and abroad. It is of the utmost importance to have such a foundation, that allows art to exist and be celebrated in a world where it can easily be pushed to the bottom of funding priorities. 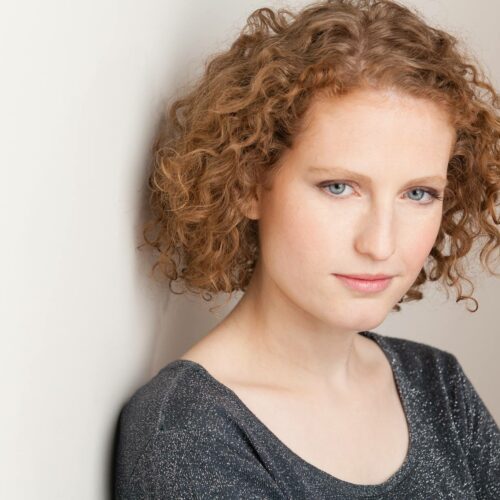