Miri Ben-Ari, a critically acclaimed, Grammy Award-winning violinist/producer is world renowned as a musical pioneer. Every phrase of her unique sound — a revolutionary fusion of classical, jazz, R&B and hip hop – reflects on her origins in Israel and life in New York City. Her career that includes a string of honors, such as being named one of 25 “Remarkable Women” in 2011 by First Lady Michelle Obama, an “Apollo Legend” by the famed Apollo Theatre in New York City, a Goodwill Ambassador for the United Nation Associations for Brazil, and a recipient of the MLK Community Service Award by Al Sharpton’s National Action Network.

Her captivating, show-stopping music earned her the moniker “The Hip Hop Violinist,” which is also the title of her latest album on Universal Records, and has resonated with audiences around the world, including performances at Aventura’s “Sold Out at Madison Square Garden” concert, VH1’s “Save The Music” Gala at Lincoln Center, “Fashion Rocks” and Viacom’s “Dream Concert” at Radio City Music Hall, and on “Sesame Street.” She has been a part of Senator Hillary Rodham Clinton’s campaign, and has appeared at the Martin Luther King Jr. Presidential memorial dedication in Washington, DC.

Most notably, however, Ben-Ari loves to give back to the community. She has supported different charitable organizations, such as UNICEF, FIBA (Fellowship of Israel and Black America), Phoenix House, NRB Convention (National Religious Broadcasters), Aglow, the Jewish Federation, Russell Simmons’ Rush Philanthropic Arts Foundation, the Emery Awards, and countless others.

1) What or who inspired you to want to be an artist?
I started playing the violin as a child. I always wanted to be a good violinist and musician, but the desire to become an artist happened only after I moved to the US. I remember being on tour with Luther Vandross, one of my first jobs in the US, playing in a string section and thinking to myself: how much fun he must have performing overnight in front of so many people and that I wish one day to be able to do the same.

2) What was your creative journey that has brought you to where you are in your career today?
I grew up in Israel playing classical violin. As a kid, I used to practice for hours and always knew that my violin will take me somewhere. At the age of fifteen I won a classical competition, a scholarship to participate in a summer school festival in Massachusetts. I fell in love with the US and with jazz music, and after I completed my military service moved to NewYork to pursue my dream to study Jazz. I recorded three jazz albums, one of them featuring the great Wynton Marsalis.

While Classical music gave me musical knowledge and technic, jazz allowed me to improvise and write my own original music. I used to go every night to different jam sessions and open mics in NYC, and sit in with the band. That’s how I got to practice jazz, hip hop and R&B music in front of a live audience. The producer of the Apollo saw me playing one night and invited me to perform there. This televised performance and meeting Wyclef Jean were the beginning of my commercial career. I was then invited to perform on 106 & Park, with Jay-Z and with Kanye West, with whom I also won a Grammy. 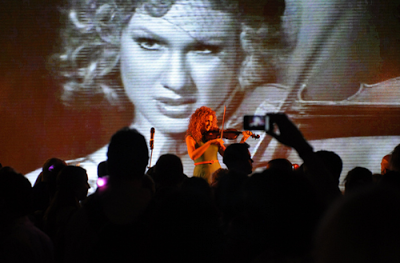 3) What do you need as an artist today?
Time, a peaceful state of mind, and space, creative environment, inspiration, and my supportive team.

4) What creative project are you working on now?
I am working on some new songs, videos, and collaborations.

5) Where do you see yourself and your career in 10 years?
I hope to keep reinventing myself. 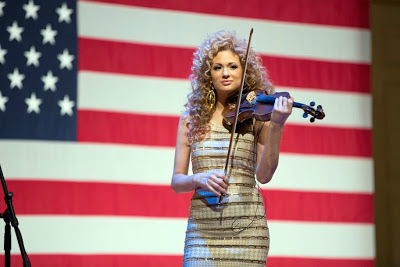 I represent Israel in everything I do because I am from Israel and grew up there. This is a great opportunity to introduce to the world a different aspect of the Israeli image, aside from what people see on the news.

7) What does it mean to you to have an organization like AICF available in the art world
Growing up in Israel, my family could not afford to pay for my classical violin lessons or even buying me a good violin. It was the AICF that supported me and my family throughout the years and made my music education possible. Because music education contributes significantly to the overall growth and development of the child, the wonderful work of AICF is very important and can make a different in a child’s life, like mine! 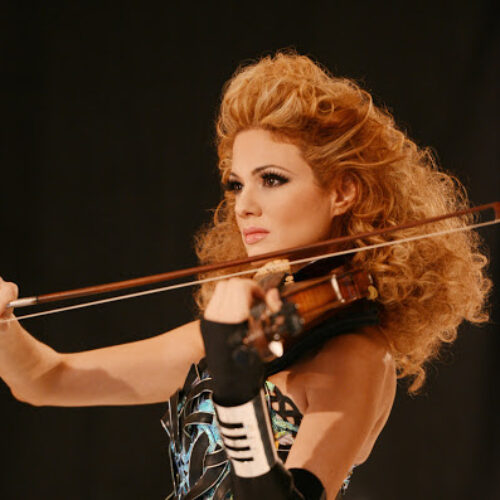