Misha Namirovsky is a sensitive musician who always strives for a deep understanding of the character of his music, and vividly transmits it to the audiences. Following a performance of the Chopin Concerto No. 1 with the Springfield Orchestra (MA), the Union – News wrote, “Misha Namirovsky astounded the audience with his flawless technique and mesmerizing yet non-theatrical performance.” The Herald (CT) wrote of his performance of Beethoven’s Piano concerto No. 4, “Mr. Namirovsky produced a beautifully proportioned and poetic offering, often elegiac in style.” The Norderstedter Zeitung (Hamburg) says of Namirovsky: “Young, modest, uncomplicated and already a master of his art… [he] inspired
the public with his idiosyncratic interpretations.”

Misha has performed as a soloist in the USA, Italy, Russia, Spain, Croatia, Germany and Japan. He has collaborated with, among others, the Sendai Philharmonic Orchestra in Japan, Novaya Rossiya Symphony and Nizhniy Novgorod Philharmonic in Russia, and the Niederbayernphilharmonie in Germany. Misha is also a passionate chamber musician, stemming from the time he was a participant at the Marlboro festival in Vermont. He is a founder of ModЭTRE – a piano trio with the violinist Tessa Lark and the cellist Deborah Pae. Future engagements include concerts in Washington D.C., at the Weill recital hall in New York, in Germany, Italy, Israel, and in collaboration with the St. Petersburg Capella Symphony Orchestra in Russia. His first album is due to be released this summer.

1) What or who inspired you to want to be an artist?
The music itself, and really it was not an instantaneous moment, but a process, which I hope never stops.

2) What was your creative journey that has brought you to where you are in your career today?
This creative journey is very hard to describe. Certainly all my teachers have helped me greatly in this obsession—not in the sense of something all consuming, but as something that constantly amazes. Once you perform, that perspective of knowing the music from inside, having something to say that will touch the public, to be at once the performer and the listener; it is very interesting.

3) What do you need as an artist today?
Belief in yourself, vision, a support system, charisma, talent, luck… I don’t think one should generalize too much, everyone has their own path.

4) What creative project are you working on now?
I am trying my hand at writing—thinking about a thesis for my D.M.A., and trying to make it creative.

5) Where do you see yourself, and your career in 10 years?
Saying these kinds of things sounds silly—working towards them is not. Better ask me in 10 years if I am where I wanted to be 10 years ago. 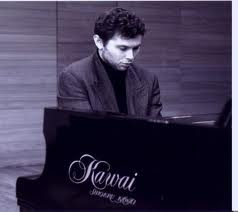 6) What does it mean to you to be an Israeli artist?
It means representing a country I respect and love.

7) What does it mean to you to have an organization like AICF available in the art world?
I think it is part of a support system I mentioned earlier. It gives a feeling of not being isolated. That, and the financial support it provides to young artists is invaluable. 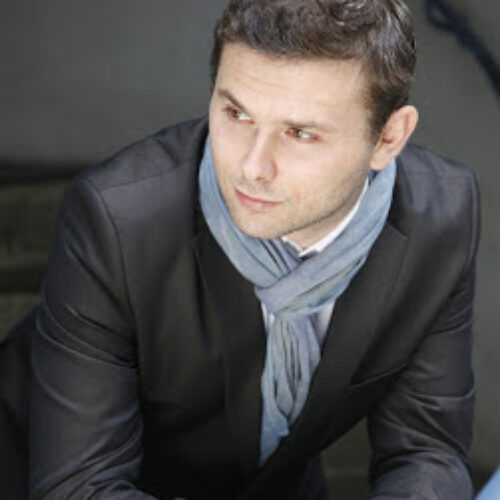