First Prize winner of the 2009 Freiburg International Clarinet Competition in Germany, clarinetist Moran Katz performs extensively throughout the United States, Europe and Asia as a soloist, recitalist, and chamber musician. She has appeared as soloist with such orchestras as the Israel Philharmonic Orchestra, the China Philharmonic Orchestra, the Midland-Odessa Symphony and Chorale, the Haifa Symphony Orchestra, the Israel Sinfonietta and the Tel Aviv Soloists Ensemble. Ms. Katz’s 2011-2012 season includes tours on the West Coast, in Israel, and Japan; performances at the Canandaigua’s Lake Music Festival, MoMA, chamber music concerts with the Vogler String Quartet in Ireland and Germany, a NY debut recital at Merkin Concert Hall as part of the Tuesday Matinee Recital Series and her debut at the Chamber Music Hall of the Berlin Philharmonic. From 2010 to 2012, Ms. Katz was a member of Ensemble ACJW and a fellow of The Academy, a collaboration of Carnegie Hall, The Juilliard School, and the Weill Music Institute in partnership with the NYC Department of Education, performing chamber music at Carnegie Hall and bringing classical music to students in the NYC public schools.

2) What was your creative journey that has brought you to where you are in your career today?
In addition to the obvious (schools, teachers…) — I think New York City has a lot to do with where I am today (not only literally! 🙂 In this amazing center of world culture, I was and still am constantly exposed to endless artistic flavors and it’s impossible not to be influenced. 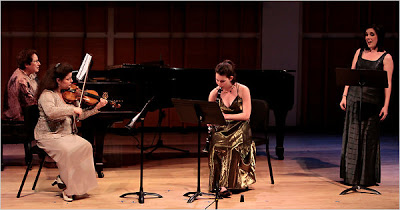 4) What creative project are you working on now?
This week I’m rehearsing with my new trio, with an accordionist and a bass player joining. We play all kinds of music (folk, classical arrangements, original compositions) and always remember to ask many questions and try different things.

5) Where do you see yourself and your career in 10 years?
I would like performance to always be a big part of my life, but I’m also a very passionate teacher and hope to inspire the next generation by doing both in the best possible way.

7) What does it mean to you to have an organization like AICF available in the art world?
Since 1999, AICF continuted to support me financially but also morally and gave me the confidence that I’m going in the right direction. It means the world to me to be able to have such an organization backing me up in every way. 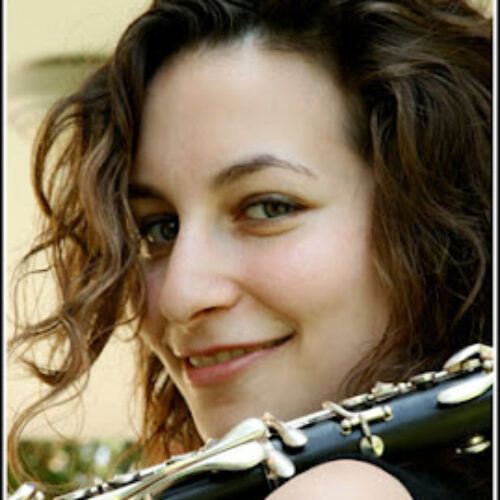