Prize-winning Israeli composer/conductor Ori Leshman is proving that it can also create a dialogue between generations, cultures and nations. His unique 13-week Music for Dialogue workshops held at the School of Communications at the Interdisciplinary Center (IDC) Herzliya, where he is a lecturer, are offered to the school’s entire student body of secular and religious Jewish and Arab students of different ethnicities.

“My vision is to use music as a kind of emotional technology tool to create dialogue beyond the music, to unite people, overcome barriers, and improve society in Israel and abroad,” Leshman tells ISRAEL21c.

Before their first weekly Music for Dialogue meeting, students enter their favorite songs and genres on the website Pick-A-Music, conceived by Leshman as a social platform for sharing musical tastes and inspiring the group activities that are part of the Music for Dialogue experience.

“Then, in the workshop, everyone gets equal time to speak about his or her choices in Pick-A-Music,” says Leshman. “Immediately you see that the group is open to the speaker. Something amazing happens and we begin to speak intimately.”

The program was introduced this year to about 70 Jewish and Arab high school students in the northern city of Ma’alot-Tarshiha, and at Ono Academic College in Kiryat Ono, where Leshem also teaches. In addition, Leshman has been asked to bring Music for Dialogue to a mixed group of teachers in Beersheva. 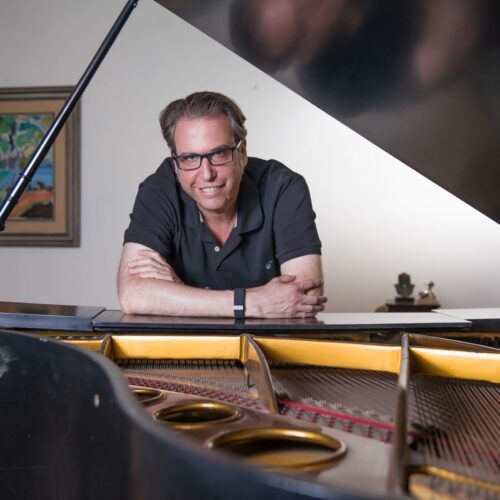