Israeli pianist Nadav Hertzka has performed throughout the United States, Europe and Asia in major venues such as Carnegie Weill Hall, Wigmore Hall, Kings Place, Shanghai Conservatory, and Avery Fisher Hall. Winner of many international prizes and awards, including the Pinault Society International Piano competition in New-York, the Frank Peleg and Ben-Haim competitions in Israel, the Rubin Academy Piano Prize, and a winner of the America-Israel Cultural Foundation Scholarship Competition. Nadav is a hard-working artists that is passionate about playing all over the world with the right attitude. AICF had the opportunity to catch up with Nadav and learn about what inspires him as an artist and what he hopes to accomplish through his music.

1) What was your creative journey that has brought you to where you are in your career today?
Not easy to come up with a quick answer for this one, but the Perlman Music Program is definitely the first thing that comes to mind. I was thirteen and suddenly I was playing in Avery Fisher Hall, and did a recital in Carnegie Weill Hall the following year. So that was pretty special for someone who hasn’t been outside Israel before. PMP taught me not to compromise. I don’t play with someone who’s not as passionate and dedicated, just as I don’t play repertoire I don’t enjoy. Some things are too important. To a certain extent, we’re a product of our environment, so you want to be careful about that. I feel very lucky in that respect, but maybe I’ve also made the right decisions along the way.

2) Who/what has inspired you to pursue your artistic career?
It was always about wanting to play music, and that hasn’t changed in the past 18 years. It was never really a conscious decision. My sister took piano lessons and I was just the annoying kid brother, following her everywhere. Soon enough I realized I have perfect pitch and started interfering with her lessons until I was allowed to join in. It became the center of my life and stayed that way. There was one key moment though: when I first heard Murray Perahia live play Beethoven’s fourth. He played that opening G Major chord and I just knew music is the greatest thing ever.

3) What do you need as an artist today?
A year ago I would have said “good photos” but Giorgia Bertazzi really took care of that one for me. Honestly, I think it’s important to be happy. I’ve definitely been very lucky in terms of the kind of people I’ve surrounded myself with, professionally and personally. In Arie Vardi and Christopher Elton I have two musicians I trust completely. I’ve recently met Angela Hewitt and she offered some great advice as well. I guess the challenge is always having the right approach because things don’t always go your way. For example, I used to get so frustrated with bad pianos, but now I only expect myself to perform well. If the conditions are good, that’s a bonus.

4) What creative project are you working on now?
This year I’m recording a CD for the Skarbo label, with an all-Tchaikovsky program. I’ve pretty much planned my year around it, playing repertoire from the CD in most of my recitals, including my first lecture-recital few weeks prior to the recording. I’m also doing a new Schubert sonatas program, with the unfinished F# Minor Sonata, which Arie Vardi completed. Recording this piece has been a dream of mine ever since he gave me his score. I guess we’ll see how that plays out in the future. Right now I’m in Israel, doing some concerts with cellist Gal Nyska. We’ve been playing together for many years and it’s always a pleasure. I also think there’s real value in a long-term chamber music partner. 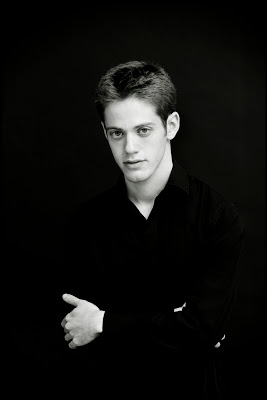 If I think about 10 years from now, I start picturing little blond kids around the house, so I’d rather not. At least for now. But I definitely see myself staying in London, I’ve had the most wonderful two years so far. Practically speaking, I try to plan about two years ahead, maybe a bit more. Next year I’m going to Japan and Vietnam for the first time, so that’s exciting. I like to travel; I enjoy the different aspects of it. Hopefully I can do this for many years to come.

The AICF played such an important role for all of us early on. I’ve always felt very lucky in terms of the support I’ve had over the years, so it means the world to me to be a part of the team, the family. I think it’s our responsibility to do the best we can for the AICF with future generations in mind. 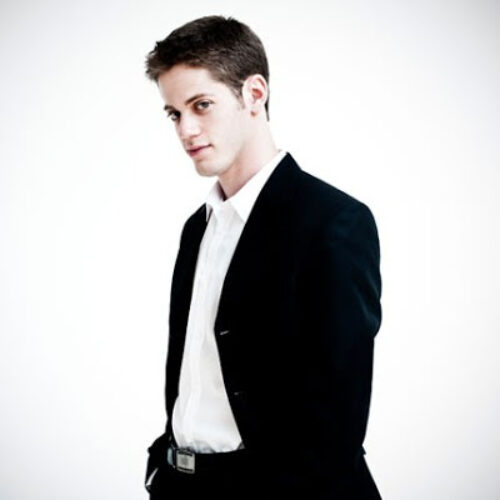