Netta Yerushalmy’s choreography is known to be unique, with a fierce physicality. Her work distills the awkward as an aesthetic quality, juxtaposing a sense of discomfort with beauty and power, in both movement and composition. She has been lucky to create her project-based pieces with a diverse group of extraordinary performers in New York City and in Tel Aviv. She has presented work in the International Solo-Dance-Theater Festival in Stuttgart, Germany and has been commissioned in the USA by Danspace Project, Harkness Dance Festival, Dance New Amsterdam, The Yard, and Philadelphia International Festival of the Arts (PIFA). In Israel she has been commissioned by Curtain-Up and Intimadance festivals. Her work has been presented in the US as part of group shows at venues such as The Kitchen, LaMama Etc., Jacob’s Pillow Dance Festival, Movement Research @ Judson Church, and others. In Israel her work has been presented as part of International-Exposure and Different Dance festivals at Suzanne Dellal.

Netta has created original works for the University of the Arts (Philadelphia, PA), Harkness Repertory Ensemble (NYC), Of MovingColors (Baton Rouge, Louisiana), and the Misgav Dance Workshop (Galilee, Israel). Netta is a recipient of fellowships from the Bogliasco Foundation (Liguria, Italy, 2013), the John Simon Guggenheim Foundation (2012), the New York Foundation of the Arts (2010), and the Six Points Fellowship (2010–2012). She has been an Artist-in-Residence at the Tribeca Performing Arts Center since 2010 and was a 2011 LMCC Swing Space resident. Netta recently finished presenting a new project that premiered in New York at LaMama Etc., DEVOURING DEVOURING.

1) What or who inspired you to want to be an artist?
I don’t recall a person or an event. I think i just always was an artist and because my parents are so amazing they were supportive and encouraging of us without that being colored by any agenda. so things that were in us could manifest.

2) What was your creative journey that has brought you to where you are in your career today?
I just always wanted to dance and always wanted to make dances. and I always did just that. I learned a lot and changed artistically as I moved through different educational and artistic frameworks throughout my journey in Israel, and later in New York City, but there has always been an unwavering commitment to this art form and I sense for me that this is home.

3) What do you need as an artist today?
Support. organizational infrastructure, curatorial platform, funding, education, and cultivation of audience. 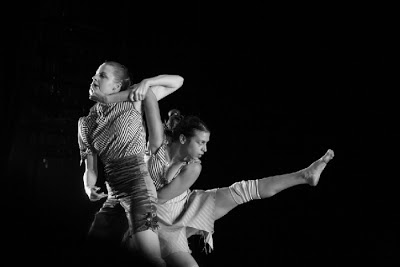 4) What creative project are you working on now?
My new evening work DEVOURING DEVOURING premiered December 13th-16th @ La Mama! I used dancers from Tel Aviv and New York to create this lush and grand piece.

5) Where do you see yourself and your career in 10 years?
I would rather keep that to myself.

6) What does it mean to you to be an Israeli artist?
Recently it has begun to mean to me that part of my identity is entangled with what so many, including myself, view as a bully, namely the State of Israel and its extremely problematic politics.  Simultaneously i feel very inspired and connected to the Israeli dance scene and to Israel as my home.

7) What does it mean to you to have an organization like AICF available in the art world?
It is so great to have the different webs connecting people through AICF where all the wonderful Israeli artists creating in different mediums have the potential to engage with one another and cross pollinate. 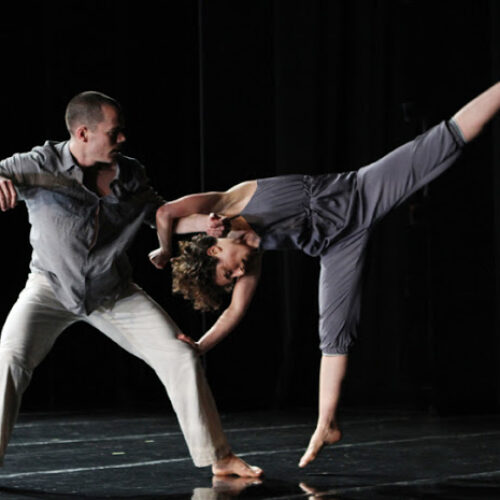