Tom Pnini’s limited editions, Two Figures in a Field, mark a shift in his practice away from video-making, a media he is known to work in. A pair of silkscreen print editions (pictured above), and a special vinyl album of music works, are part of an immersive installation of the same name, which was exhibited in the artist’s solo show at Lesley Heller Gallery in New York in 2020. The project presents multi-layered, captivating stories about historic sea voyages across the English Channel, including an art project by Dutch artist Bas Jan Ader, who disappears at sea, and a news story about Syrian refugees who desperately try to swim across the Channel in order to survive. Juxtaposed, is the story of a catastrophic fire in 1876 in the Brooklyn Theater, a notable theater located in Brooklyn, New York. Pnini recounts these significant moments of disappearance, loss, and tragedy in his experiential editions, using illusions, image, and music to imagine the past. Visit the Artis website to learn more about Tom Pnini’s silkscreen print and vinyl edition works.

We recommend listening to this audio interview with Tom Pnini, where he discusses Two Figures in a Field, and reflects on tough decisions that artists make in the creative process. The audio interview was conducted and produced by Artis in 2020.

Tom Pnini (b. 1981, Israel) creates time-based works and large-scale installations. He has exhibited in museums and galleries in New York, Los Angeles, Milan, Toronto, Moscow, and Israel, including a solo show at Lesley Heller Gallery, in the Lower East Side, NY (2020 & 2017); a solo show at Chelouche Gallery in Tel Aviv (2015 & 2012); and a solo show at Giuseppe Pero Gallery in Milan, Italy (2015). He holds a Bachelor of Education (B.Ed.) from Hamidrasha College (2008) and a Master of Fine Arts (MFA) from Parsons School of Design at the New School (2010). He has received a CCA Video Art Fund award (2012), a Dean’s Graduate Scholarship from Parsons (2009-10), and an Outstanding Artistic Excellence Award from Beit Berl College (2008). His works have been acquired into numerous collections. He lives and works in New York City, and works with Chelouche Gallery in Tel Aviv, Israel. 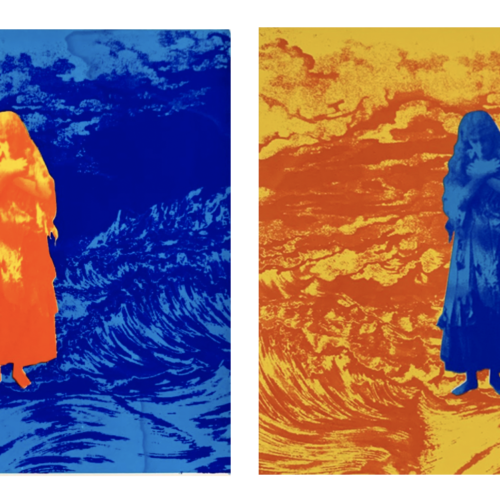