Noam’s music can be described as symphonic pop, she writes spiking piano – driven songs and throws in classical influences & jazz trombone solo’s. This unique combination, her charming personality and the intimate atmosphere she creates on stage make her a striking performer. Her upcoming new release, Love Migration (Feb. 2014) is a magical, personal journey that might remind you of Joni Mitchell’s Blue. In the album, Noam honestly describes her experience as an immigrant in Europe while having a long distance relationship. With sophisticated simplicity she draws the listener to identify with her search for a feeling of home.

1) What or who inspired you to want to be an artist?
Ever since I can remember, whenever I experience a deep emotion I hear music before I can intellectualize it into words. That’s the reason I started writing songs; I wanted to translate these non-verbal thoughts into something I can communicate. I guess that’s what many artists do, so I wanted to be one myself.

2) What was your creative journey that has brought you to where you are in your career today?
Well, I fell in love with the piano at a very young age and began to study classical piano when I was 5 years old. As a kid I was always singing in the shower, imitating opera singers and making up melodies on the piano. So it all started then. When I was turned 12, I felt a little lonely musically wise, so I picked up the trombone and soon enough I joined the local youth orchestra. But I’ve always kept playing the piano. In my IDF military service, I was happy to be serving as a musician in the Air Force band and later on in the IDF orchestra. 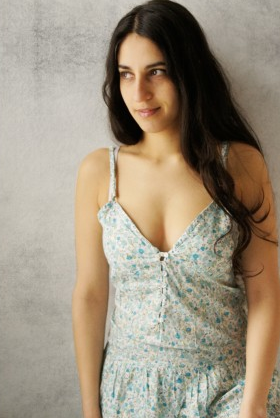 I was lucky to have had great teachers through this musical journey. I studied Composition with Michael Wolpe, Trombone with Micha Davis (Tel Aviv Music Academy), and Classical singing with Marina Levitt and Pnina Schwartz (Jerusalem Music Academy). I spent my final year of studies at the Amsterdam Conservatory, a combined program in the Classical & Pop departments with Ivan Meylemans (Trombone) and Elise Galama (Singing). In the past 5 years I’ve been going to Licthenberg, Germany, to participate in week-long composition master classes with the amazing Galina Vracheva. It was Galina who inspired me to play trombone solos simultaneously with the piano.

In 2008, I made it into the singer songwriter scene in Amsterdam, recorded my E.P and began playing at numerous venues all over the city and across the Netherlands. Two songs from the E.P: “Sorry” and “Rebreathing” gained popularity on the web and reached the Indie Top 20 and Top 40 in the Netherlands. In 2010, I composed a soundtrack for the Dutch documentary At the Dream’s Edge, about underprivileged kids in Israel. In 2011 I released my debut album, Daily Sketch and supported this album by touring in the Netherlands as well as in Israel, Germany, Italy, India, and Morocco. Dutch Radio 2 and NTR Radio named Daily Sketch the “Album of the Week,” and 2 songs, “David’s Lament” and “Personality,” were selected as “Song of the Week” on Dutch Radio 2 and NTR Radio.

My 2nd album Love Migration is just being released (February 2014) in the Netherlands. I’m very happy with how it came out; it’s a very personal album. We are now starting a band tour that will take us through Italy, Germany and the Netherlands.

3) What do you need as an artist today?
People who want to listen and experience music… and my piano. I’m now beginning to see myself as a recording artist but I’m first and foremost a performing artist. In my opinion, music  at its very best is a performing art happening in a time frame. The best performances are never in the studio; they happen live on stage. It’s a mixture of the musicians’ communication on stage with the audience. 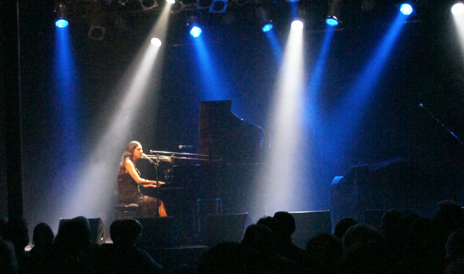 4) What creative project are you working on now?
I just finished working on my second album, Love Migration and now releasing it online and in stores. It’s a concept album portraying my experiences in these past few years, of moving back and forth, living in Europe and Israel, all the while struggling to maintain a long distance relationship, and the crazy love that kept it going. It was made possible by crowd funding. I sold 800 copies in advance while I was still in the studio recording! It was a very humbling experience, receiving so much love and support. The album also received support from the ACUM cultural fund.

5) Where do you see yourself and your career in 10 years?
I just want to continue to grow as an artist, sharing my music with hopefully more and more people. I would also like to be able to support others who are less privileged and help bring music education opportunities to people and places that are struggling. I think every artist would like his or her art to have a positive, soothing and inspiring influence on people’s lives. 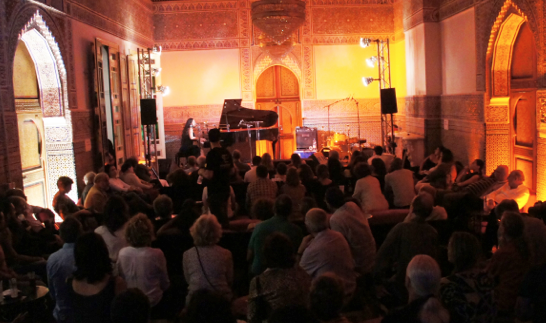 6) What does it mean to you to be an Israeli artist?
In the last few years I’ve been getting strange reactions after my shows, such as “It’s nice to hear something positive that comes from Israel.” Whether Israeli artists like it or not, they are also representing Israel regardless of the content of their work. That’s true for me–even though I don’t go waving my flag. I never hide the fact that I’m Israeli, and I always sing one or two songs in Hebrew. Hopefully my music creates positive feelings by itself, but when asked about political issues, I express my dreams of lasting peace and talk about personal experiences I’ve had working with Palestinian musicians in different peace promoting projects.
I think every Israeli artist who performs abroad has the responsibility to be a positive presence.

7) What does it mean to you to have an organization like AICF supporting Israeli culture in the past 75 years?
It means so much. My personal experience with the America Israel Cultural Foundation was during my studies in Israel. I was blessed to receive support from AICF for 6 years in a row. This support helped me realize my extensive musical education. I know many colleagues of mine that were able because of the AICF support to complete their projects and education. The AICF has touched so many lives in Israel, and I just can’t say enough about the importance of the work this organization does. A simple Thank You is all I can say, but because the AICF is a part of my journey, the ongoing Thank You can be heard through my music. 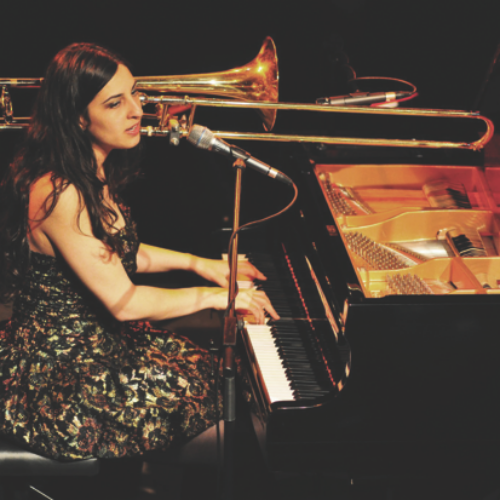