Oran Eldor is an award-winning composer, conductor, music director and orchestrator. Among his many accomplishments, Oran has arranged concerts for such legendary performers as Deborah Voigt, James Taylor, and Bette Midler; he has arranged for the New York Pops at Carnegie Hall, and assisted the Tony Award-winning orchestrator Doug Besterman. But that’s not all. Oran’s original compositions have been heard on and Off-Broadway, as well as in the Israeli National Theater and on Israeli television, and he is currently the house composer of Sesame Street (Israel). After having the opportunity to work closely with him for our 72nd Anniversary Gala, AICF had the opportunity to learn more about Oran and his musical journey from symphonies to a children’s show.

1) What or who inspired you to want to be an artist?
I remember seeing various productions of musicals in Tel Aviv growing up, and being taken to concerts as a child. When I started to learn the history of music, I remember learning and listening to the music of Leonard Bernstein. His ability to combine jazz, popular music, and classical music in the same project (and even in the same song) together with his rich orchestrations and conducting amazed me and inspired me to find that line myself to become a composer, orchestrator and music director/conductor.

2) What was your creative journey that has brought you to where you are in your career today?
I went to the Thelma Yellin arts high school in Israel, where I had access to theater and music departments on a high level, and by the time I was 18, I wrote a 20-minute piece for the school’s symphony orchestra, musically directed 3 theater productions, and wrote a big band piece. I was the first student to do all of it at the same time. Then, more or less immediately, I got offered a musical direction job in a theater in Tel Aviv and spent a few years working in Israeli TV and Israel’s biggest theaters.  I was then offered a scholarship from Berklee College of Music in Boston, where I studied jazz and classical composition, and also conducted the school orchestra. After school I moved to New York and started working in the Broadway community as an orchestrator, conductor and composer and have worked with some amazing singers and orchestras.

3) What do you need as an artist today?
I think we all could use mentors; meeting with successful people in our field who will guide us. There is no right way to success as an artist. Each artist finds his/her own way, but we can benefit from the knowledge of others in the field. Of course representation and becoming well-known in some circles would be nice.

4) What creative project are you working on now?
I am the house composer of Sesame Street Israel with Amir Lekner. We just recorded the whole season for this year and I am very excited to see the characters sing my songs! I have also been writing several musicals; one of them is in review by some Broadway producers and might go up in New York or London next year. I am always writing some orchestrations. I just orchestrated some symphonic pops for the Ridgefield Symphony Orchestra, the New Haven Pops Orchestra, and recently for the New York Pops at Carnegie Hall.

5) Where do you see yourself and your career in 10 years?
In 10 years I hope I am writing every day, composing for theater, television and film, have a full conducting schedule with pops symphonies across the US and the world, and have my shows produced on a regular basis. Maybe even an executive producer on a hit TV show with my original songs. That would be nice. As well as doing more projects in Israel; I would like to keep my career there too. Maybe a production in the Israeli opera… 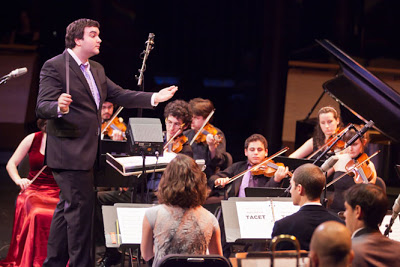 6) What does it mean to you to be an Israeli artist?
It is a lot of explaining as well as being a good ambassador for Israel among people who don’t know a lot about it. Presenting the good sides of being Israeli and also writing about Israeli/Jewish subjects. A lot of the concerts/ benefits I do have a Jewish cause or background it them. Also being here has strengthened my Israeli identity; you feel you have to hold on to it even more when you are living abroad.

7) What does it mean to you to have an organization like AICF available in the art world?
The support of AICF to me, and artists like me, is incredible. To have an address where you can go to if you need any professional help; to know that there is someone who looks out for you – in terms of connections and such – is really a blessing. They help with funding, initiating projects and tying connections between Israeli artists. AICF helps in all of these areas to help Israeli artists feel like we are in a community that gives us power to be creative and focus on our art. 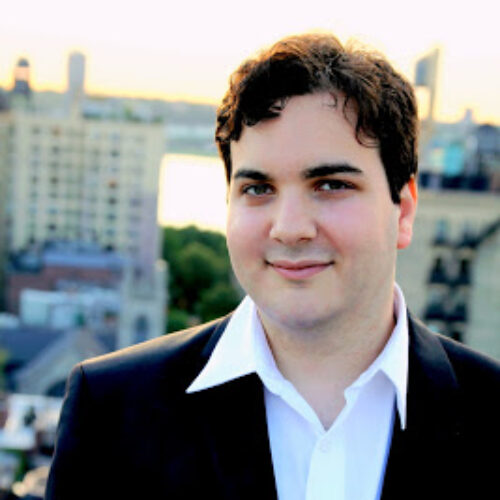