1) What or who inspired you to want to be an artist?
As far as I remember, I always wanted to become an artist. My inspiration was driven by varieties styles of music, theater shows, movies, and by observing how people behaved in order to try to understand their way of thinking.

2) What was your creative journey that has brought you to where you are in your career today?
My creative journey started in 2003 with Chich Neighbors, a Tel Aviv professional youth group that performed musicals. During high school in 2005, I hosted a daily live TV show “Zap to 1,” a special show for youth. As part of my military service 2006-2009, I was a soloist in the Israel Police Band Central District. From 2009-2012 I studied at the Yoram Lowenstein Studio. I have performed in many plays and shows–comedies, musicals, mask theater, dancing–and I have won 12 different scholarships.

I won the best actor prize from the Kameri Theater in the fall theater contest in Suzan Dalal. During my second year in the acting studio, I wont the AICF scholarship for the years 2011-2012. I was also playing in Smiley, which ran in festivals in the United States (Fringe NYC and Philadelphia). I gained confidence that I could play in English as well as in Hebrew and still bring out the maximum as an actor.

3) What do you need as an artist today?
As an artist today, I need to get as many opportunities as possible for new interesting roles in theaters, television series, and movies that will help me develop my acting capabilities and skills.

4) What creative project are you working on now?
Currently I am working simultaneously on a few projects: the third season for a political satire Polishuk; the first two seasons for a daily drama The Zagori Empire. And I am working as the presenter of the Israeli tourism ministry. I’m also on the skits series Bekitzur. In the theater I am acting ShufraSmiley (Tmona), Doors (Tzavta), and the main role in Orana Porat. I am also writing a TV series as well as composing and writing songs, teaching group improvisation, and preparing students for auditions.

5) Where do you see yourself and your career in 10 years?
In 10 years, I would like to see myself as a successful artist acting in main challenging roles in the theaters, TV series, and the movies. One of my challenges is to try and make it in the international market. I also hope to succeed and develop myself as a musician and maybe have my own album.

6) What does it mean to you to be an Israeli artist?
The Israeli market is small and very competitive, but I find that the political and security tensions in Israel can become a fruitful ground for artists and can help me bring myself to a heightened state of mind, as well as help me identify with the characters in my new roles. I love the Israeli humor and the good atmosphere on the set during the rehearsals. 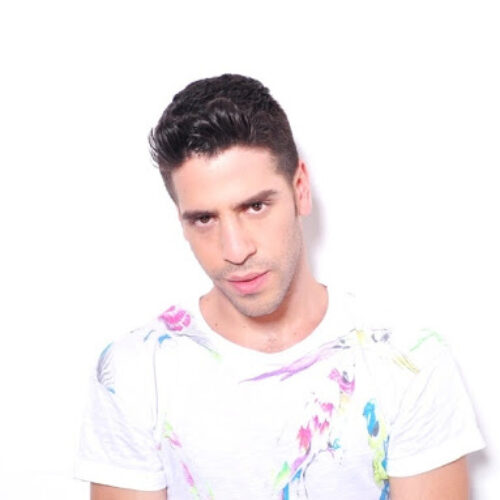