In “Anti-Oedipus”, the first volume of Gilles Deleuze and Felix Guattari’s monumental work “Capitalism and Schizophrenia”, the philosophers express their suspicion of Sigmund Freud’s theory of the Oedipal triangle with a quote from playwright and poet Antonin Artaud: “I don’t believe in father / in mother, / got no / papamummy.” These fractured lines provide the inspiration for the track and hallucinatory visual of the same name from Wackelkontakt, Jerusalem’s foremost “psychotrap” three-piece. Made up of MC Slice, aka Tomer Damsky, audiovisual artist Eyal Lally Bitton and producer Marco Milevski Tomasin, the trio have been collaborating on sound installations, multimedia performances and AV projects since 2018, operating at the vanguard of the experimental scene in Jerusalem.

The group’s singular sound and vision stems from their experiences of what they term “the boiling life on the border between East and West Jerusalem”, living a minute away from The Old City’s Damascus Gate and recording in the ultra-orthodox neighbourhood of Me’a She’arim, an environment that manifests in their work as “a sense of an absurd vitality, paranoia and isolation.” This same psychological pressure is the setting for the psychic exploration the group document in a pair of audiovisual adaptations to their tracks “Papamummy” and “Progress”, the first of which opens their recent album, “Heal The Split”.

Smashing together visceral psychodrama and esoteric and religious symbolism with immersive set design and staging, the videos function symbiotically with each other. If “Papamummy” is the diagnosis, an anti-oedipal struggle presented as avant-garde theatre, then “Progress” reflects the hopelessness of bending under such pressure: the panicked realization of quite how much work you have left to do. 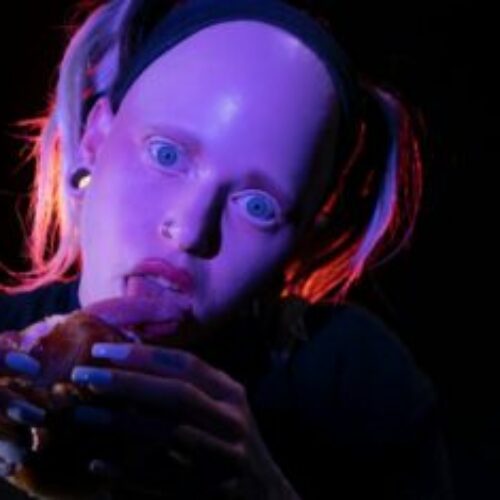