Focusing on repertoire from the 16th and early 17th centuries, the vocal ensemble Profeti della Quinta aims to create vivid and expressive performances for audiences today. In particular, this is achieved through addressing the performance practices of the time.

The group performs regularly in music festivals and venues around the world, such as the Oude Muziek Festival in Utrecht (the Netherlands) and the York early music Festival (UK). Profeti della Quinta took part in a documentary about Salomone Rossi, flimed in Mantua. In July 2011 Profeti della Quinta won the York Early Music Young Artists Competition. Highlights of the 2014 season include concerts in Canada, USA, Japan, Germany, Austria, and France.

Currently based in Switzerland, the ensemble was founded in the Galilee region of Israel by bass and harpsichordist Elam Rotem. Individual members of the group as well as the ensemble itself have been supported with scholarships from AICF. 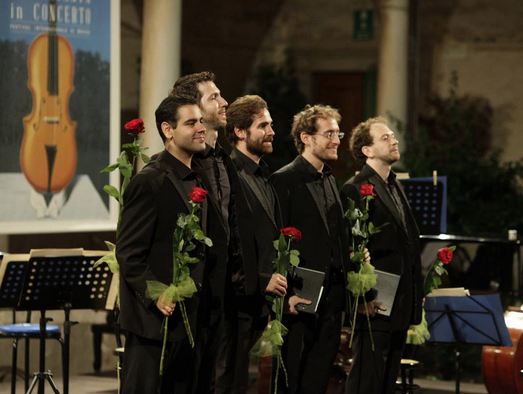 1) What or who inspired you to want to be an artist?
I love music and am inspired by its power. When I find good music I want to share my excitement with others–colleagues and audience alike.

2) What was your creative journey that has brought you to where you are in your career today?
I studied harpsichord at the Jerusalem music academy and then specialized further in the field of early music at the Schola Cantorum in Basel, Switzerland (Master degrees in basso continuo as well as historical composition and improvisation). During my high school years in KIbutz Kabri, I founded the ensemble. Nowadays I am working on a dissertation about the basso continuo in the music of Emilio de Cavalieri, in a joint PhD program of the Schola Cantorum and the University of Wuerzburg, Germany. My musical drama Rappresentatione di Giuseppe e i Suo Fratellli (Joseph and his Brethren) was recorded by Profeti della Quinta and will be released in March 2014 (Pan Classics).

3) What do you need as an artist today?
First of all I think that an artist needs to have colleagues and friends who share similar artistic goals. Then one needs some recognition from concert organizers and label managers, in order to perform and record, so that the musical work may reach a wide public. Last but not least, one needs support from organizations such as the America Israel Cultural Foundation. The last two are needed in order to live decently from the work in the field of the arts.

4) What creative project are you working on now?
After producing Rappresentatione di Giuseppe e i Suo Fratellli, we will record a newly composed motets cycle that will be called Quia Amore Langueo (As I Am Sick of Love). This project contains settings of texts from the Song of Songs as well as other biblical stories dealing with love, such as Samson and Delilah and Amnon and Tamar.

5) Where do you see yourself and your career in 10 years?
In 10 years I hope to continue being able to share the music that I believe in.

6) What does it mean to you to be an Israeli artist?
Being Israelis and native Hebrew speakers gave Profeti della Quinta the opportunity to specialize in the music of Salomone Rossi, the Jewish late Renaissance composer. This is thanks to our double specialization, both in early music and in the Hebrew language. Through Rossi we became internationally known and now we are able to expand our work in further projects, such as the production of Joseph and his Brethren – also in Hebrew – or other more “conventional” early music projects.

7) What does it mean to you to have an organization like AICF supporting Israeli culture in the past 75 years?
The support from an organization such as the AICF can make the difference between being able to realize a project – for example a concert tour, a recording – or not. More specifically, there are many talented Israeli musicians and artists in general, but the funds for the arts in Israel are limited. This made the AICF essential to the culture in Israel in the past 75 years, and it will surely be necessary in order to secure the place of the arts in Israel in the future. 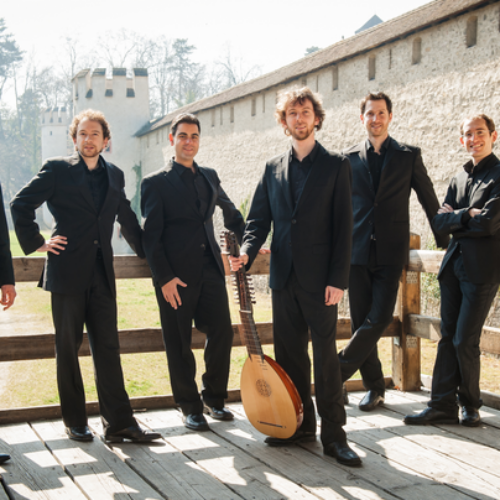