Pieces of music specially commissioned for the Queen’s Platinum Jubilee have been released by their creator in Israel, Loretta Kay-Feld. The British-Israeli composer says she was privately contacted by a member of the Royal Family “close to the Queen” with what was a personal request.

Mrs. Kay-Feld, an accomplished composer, author and lyricist, says it was “a great privilege and a great honor”. Mrs. Kay-Feld says she was contacted six months ago by the royal, who was familiar with her work. “They asked me what music could I do for Her Majesty to celebrate her 70 years on the throne,” she said, speaking with the BBC from her home in Ra’anana, north of Tel Aviv.

Mrs. Kay-Feld, 73, says she went for a walk along the cliff tops by the sea to draw inspiration: “Suddenly, the whole soliloquy just came to me, which is usually what happens – I take it from the air and it just comes to me, the lyrics and followed almost simultaneously by the music. It was all in my head, then I just came home and wrote them out.”

Mrs. Kay-Feld says the royal who commissioned the music (who requested not to be identified) got in touch by email, phone call and on Zoom, and appeared “beyond thrilled” with the result.

The London-born musician, who studied at the Royal College and Guildhall School of Music, performed for the Royal Family early on in her career at the Variety Club for Great Britain children’s charity.

She has written hundreds of compositions, including music for the children’s TV show Sesame Street, and one of her arrangements, “Gotta Keep America Singing”, was played at the inaugurations of  Presidents Barack Obama, Donald Trump and Joe Biden.

Mr.s Kay-Feld, who has British-Israeli citizenship, immigrated to Israel 10 years ago after living and working in the UK, America and Australia. 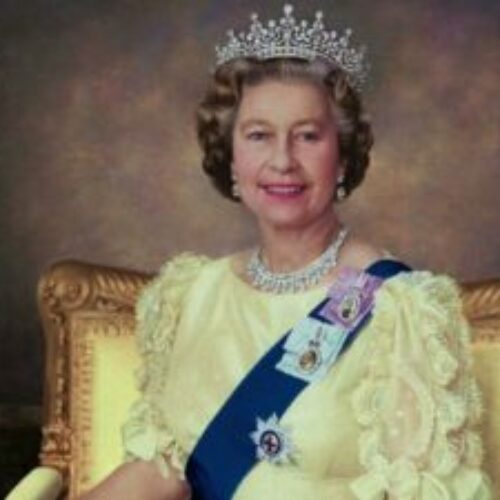