Praised by the press as a “great musician who happens to be a harpist”, Sivan Magen is the only Israeli to win the prestigious International Harp Contest in Israel, a recent winner of the Pro Musicis International Award in New York, and the 2012 award winner (and first harpist to receive) the Borletti-Buitoni Trust. Sivan teaches us that being an artist is an ever evolving process that will never be set in stone. Each artist learns and grows from everything that shapes and perfects his or her talent. Like Sivan, with a little push, the possibilities of success become clearer with each performance.

1) What or who inspired you to want to be an artist?
I grew up in a very artistic family – my father is a cellist and has been a professor at the Jerusalem Academy for Music and Dance for the last 35 years, and my mother has been a cellist, a modern dancer, and (in her most recent transformation) a sculptor. I was mysteriously drawn to the harp from a very young age, even though I hadn’t seen or really heard it before I started playing it, but it was complicated to find a teacher and an instrument, so I started with the piano, and switched to the harp when I was 12. My love for music developed much also from all the musical accquaintances I’ve made through the Jerusalem Academy high school and through my piano playing.

2) What was your creative journey that has brought you to where you are in your career today?
After growing up in Jerusalem and finishing my military service  I went on to study in Paris and then in New York, where I live today. My artisitic influences are very much a mixture of the strong musical culture I brought from Israel with the high professional values I learned in Paris and the artistic openness of New York City. Growing up in Israel, my main exposure to high-level harp playing was the International Harp Contest, to which I went to listen zealously every three years. It was therefore somewhat of a fullfilment of a dream when I went back to Israel as a Juilliard student to participate in the Contest, and had the good fortune of winning the first prize. Winning this prize, together with the fantastic experiences I’ve had at Juilliard and elsewhere (the Marlboro festival, the Kuhmo festival in Finland, being a founding member of the Israeli Chamber Project), is what allowed me to develop a somewhat unusual career of a harpist who’s mainly a chamber musician and a soloist.

3) What do you need as an artist today?
The needs of an artist are ever changing and growing. The main difficulty for a classicaly trained musician in today’s world is that our training and our natural tedencies do not prepare us for our main job, which is that of an artistic administrator. The role of the agent in today’s classical music scene is gradually disappearing, and we all have to learn how to create new work opportunities and manage them by ourselves. For me personally, any help in this respect is always a blessing.

4) What creative project are you working on now?
I’m working on many projects simulataneously.  My performaces this summer will take me to Israel, New York City, Canada, Finland and France. Next season I will continue my collaborations with the Israeli Chamber Project, the Prototip Trio with mandolinist Avi Avital and guitarist Nadav Lev, and my new trio with flutist Marina Piccinini and violist Kim Kashkashian. I will also collaborate with soprano Susanna Phillips on a series of recitals and with the Kibbutz Chamber Orchestra for a concerto tour of Israel, and will continue to perform in recitals and give masterclasses. This fall we will be releasing the debut recording of the Israeli Chamber Project as well as the new CD of tenor Nicholas Phan in which we recorded the complete music of Benjamin Britten for Tenor and Harp. Inthe long term I’m working with the Borletti Buitoni Trust of London, whose award I received last February, on several solo recording projects and a new concerto commission. 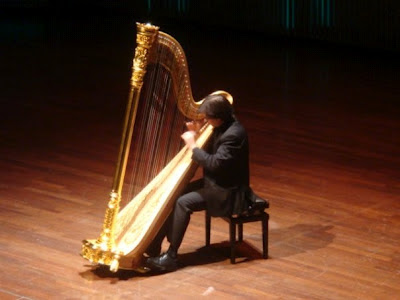 5) Where do you see yourself and your career in 10 years?
Hopefully doing the same kind of things I’m doing right now (maybe on a larger scale?), all while teaching a great group of university level harp students somewhere.

6) What does it mean to you to be an Israeli artist?
I think there is something unique in the voice of Israeli art – especially classical music. There’s an openness and a sensitivity which are unusual, and which come, I think, both from the melting pot of cultures that Israel is and from the constant need to excel  that is felt in a small country which is always uncertain of its future.

7) What does it mean to you to have an organization like AICF available in the art world?
The AICF supported me throughout my studies, since before high school all through my Master’s degree, and I will always remain grateful. Growing up in Israel the AICF was always a symbol of excellency in art and of hope in a culture which is always in struggle for its values. I believe that, without it, Israeli art wouldn’t be half of what it is today, and many voices which are today heard throughout the world might have remained unheard. 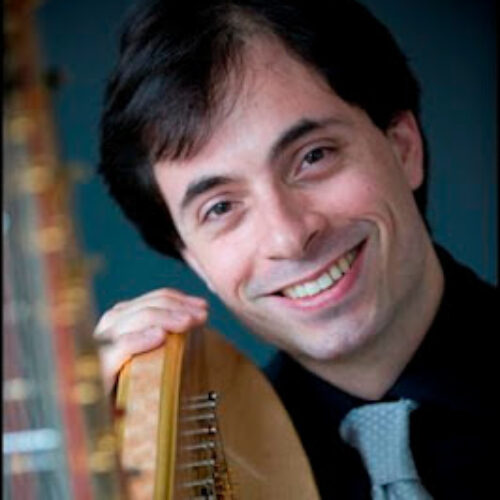