Tal Mashiach’s first solo album, “Tiyul”, is out! You can listen to it here.

After years of recording and performing around the world with the greatest jazz musicians, double bassist Tal Mashiach returns to his original musical home – the guitar. Fragments from his personal and intimate yet worldly, transcontinental and timeless journey come together in the album Tiyul (which in Hebrew can mean both a short hike as well as a long journey to remote places and countries).

The past year forced all of us to return under the strangest circumstances to the most intimate place of all—home. To rediscover our own home. Tal Mashiach’s most intimate and familiar place is the home where he grew up in the forest-surrounded, mountain village of Harashim in the north of Israel. Leaving New York to return to his childhood home, he was permitted to carry onboard only one instrument; the choice was obvious and its fruits lay here before you.

The works of music were written over the past ten years in different places around the world: London, New York, Brazil, Argentina, and Israel. Some were written during quiet moments when the music flows of its own accord and some during bustling life moments in order to create a tranquil place in his heart. Either way, the oeuvre expresses an unfolding of the beauty around us. Through the continents, music styles and range of experiences, Tal Mashiach literally carries his home on his back; the guitar, like a deep-rooted anchor, connects all the varying music styles and landscapes.

The intimate dialogue between Mashiach and the guitar reached its full potential during the making of the album. The recording, mixing, and mastering took place during seven days of complete isolation from the external world in a mountain cabin in the woods, just Mashiach and his guitar (with the exception of two pieces, one featuring Mashiach’s first teacher, Oded Shoub, and another featuring his grandmother with a string trio).

About Tal Mashiach – after graduating from the New School in New York (which he attended on a full scholarship), Mashiach established himself as a virtuoso jazz musician and was even nominated for a Grammy as part of the Anat Cohen Tentet. He recorded and performed with trumpeter Avishai Cohen, Mulatu Astatke, Ravi Coltrane, Shai Maestro, and many others. He has played in the world’s most famous halls and festivals, such as Carnegie Hall, Blue Note, NYC Winter Jazzfest, Montreal Jazz Fest, Pit Inn Tokyo and many more. In recent years he has performed in Europe, the USA and Israel with his band TM Street Band and the collective GTO Trio. 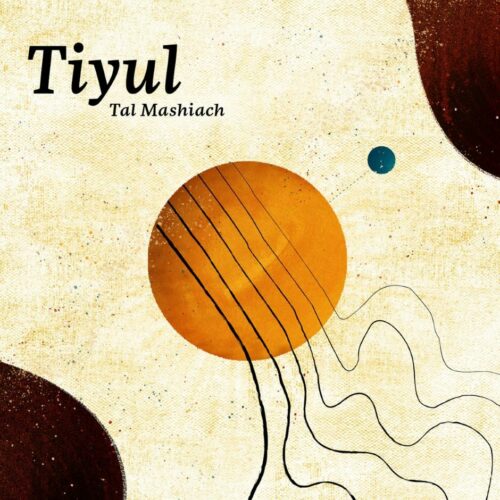