While the focus of her activities is Baroque music, Dr. Halperin is also an enthusiastic performer of classical and contemporary music.  She has been composing, arranging, and performing popular, jazz, electronic, and new classical music, some of which appears on Act and Garage labels.  Her collaboration with Jazz pianist Michael Wollny led to the award-winning album Wunderkammer (on ACT label, 2010 Echo prize for “Best Piano Album”).

1) What or who inspired you to want to be an artist?
Although many people would probably hesitate to admit it, I believe that a certain degree of social isolation is common to most artists. When this sense of isolation  is combined with a longing to communicate and connect, it often results in artistic forms of expression. I think this may have been the case with me. Then there was the desire to use “all of me” in whatever I was doing. I was looking to do something that requires the use of my head but also of my heart, my imagination, but also my body, my thoughts, and my senses, both sides of my brain and all that surrounds it. Playing music, I feel, comes pretty close to involving all that I have. In addition, there were innumerable points of inspiration, which came along the way to both nourish the artistic tendency and enable it: people I learned from (my parents who introduced me to music; dear friends; brilliant colleagues; my teachers, Emmanuel Krasovsky and Jesper Christensen); concerts (a very memorable Bach’s B minor Mass led by Philippe Herreweghe, for example, or an amazing Björk concert); stacks of recordings (Michelangeli’s Debussy, Glenn Gould’s Bach, and Miles Davis’s Kind of Blue were among childhood favorites), heaps of books (particularly by Thomas Bernhard), countless films; visual art; life events that generated strong emotions; breath-taking landscapes; cities; nature. In the bottom line, however, I must wonder to which extent “wanting to be” an artist has to do with “being” one. I guess, in the end, one is an artist because one cannot help it.

2) What was your creative journey that has brought you to where you are in your career today?
Geographically, my journey went from Rishon Le Zion (where I grew up) to Tel Aviv (piano major at Tel Aviv University’s music academy), then NYC (Masters degree in piano at Juilliard), Paris (collaborating with artists of various disciplines in an avant garde theatre), Locarno (joining a friend in making a non-classical electronic album), back to NYC (harpsichord major, doctor of music at Juilliard), Basel (studies of early music), and Kiedrich. Artistically, my professional journey is driven by a curiosity and love for many musical styles, and a preference to avoid classifications.

3) What do you need as an artist today?
A lot of luck. In addition, it doesn’t hurt to have talent, perseverance, good training and hours of work, creativity, professionalism (promptness, reliability, technical fluency), imagination, confidence, and actually something to say. If I am to focus on the word “today” in the question above, my answer is: versatility, originality, and an open mind. And since this profession is hard enough, you also need to love it and want it more than anything … some people call it obsession.

4) What creative project are you working on now?
These days, I am touring with my husband, singer Andreas Scholl, with a program of songs and piano works by Haydn, Mozart, Schubert, and Brahms. We recorded this program a few months ago, and have been touring together since (Wanderer, Decca, 2012). I’m also working on a wonderful (but seriously difficult) piece for solo harpsichord, which was written for me by Swiss composer Denis Schuler, and which I am scheduled to record for the Neos label. 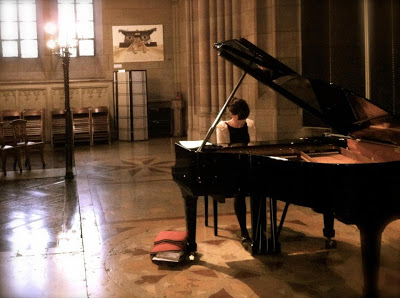 5) Where do you see yourself and your career in 10 years?
I don’t know. But I won’t be too surprised if life has a surprise or two in store for me. It certainly has been the case so far.

6) What does it mean to you to be an Israeli artist?
For me, being Israeli means being restless and constantly on the move, which I believe is a cultural trait. It also probably means that everything you do has a political resonance to it, whether you like it or not. The other day, for example, I performed together with my German husband a song by Israeli song writer Idan Raichel to an audience of Turkish people in Istanbul. I mean, we were only there for the music, but the whole situation was highly charged with political overtones (we were therefore especially grateful in the end for the exceptionally warm reception). Another aspect of being Israeli is having a sense of community, regardless of how abstract or remote the relation to particular individuals is. This sense of community seems to be inherent in Jewish tradition, and is made strong by the fact that Israel is a small country with a small population, a very particular history, and a struggling artistic community (by “struggling” I mean desperately fighting for budget and audience). I can’t even explain it, but I feel strangely, yet strongly connected to Israeli artists, as if we all somehow have a shared fate. It doesn’t make a lot of sense when you think of it rationally, but I guess nationality not a rational thing.

7) What does it mean to you to have an organization like AICF available in the art world?
It is hard to imagine the art world in Israel without AICF. In fact, I cannot think of anyone among my Israeli colleagues who was not, in one way or another, supported by the foundation. For me, the aid of the AICF was invaluable when I was a student at Juilliard, not just for the financial aspect that made the studies possible, but also because I took the scholarship to mean an expression of faith in me and my musical path. As I mentioned above, this profession (art in general, classical music in particular) is hard enough. Financial and social conditions in Israel–as well as the rest of the world–don’t make it easier. That AICF is available in the art world is of crucial importance. 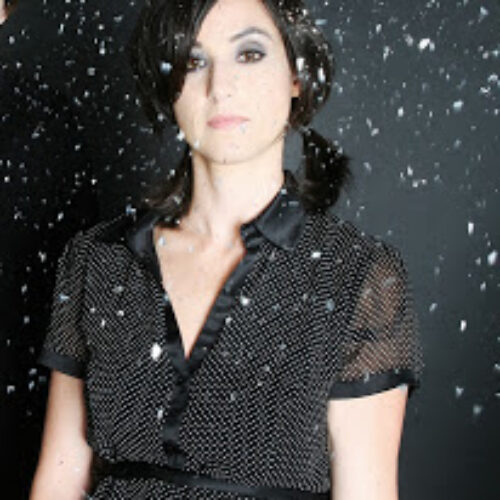