Tamar Latzman is an Israeli artist currently based in New York. She is a graduate of the Photography and New Media department at Haddas College, Jerusalem, Israel, 2004, as well as Hamisrasha College of Art, Israel. Tamar works mainly in stills and video installations. AICF caught up with Tamar and learned more about what inspires her.

1) What or who inspired you to want to become an artist?
I discovered photography as a teenager. I used it as means of examining and communicating with the world and have continued to do so ever since. I remember an early inspiring moment when I discovered Dahlia Amotz. I found the way she captured and investigated land, time, and space to be demanding, precise, and patient. Two central and consistent influences on my work are Georges Perec, whose explorations of space and time together with his observations on the nature of history I find fascinating, and Chantal Akerman who is an endless inspiration to me in her rich and persistent use of the moving image with her constant searching and stretching of boundaries.

2) What was your creative journey that has brought you to where you are today?
I was born and raised in Israel, in a city near Tel Aviv. I studied photography as my major, and came to New York three years ago for graduate school at the School Of Visual Arts. I do mainly videos and still photography. In recent years I have become more interested in narrative storytelling and the testimonial format in the moving image. My work has always tested and challenged aspects of language and format. 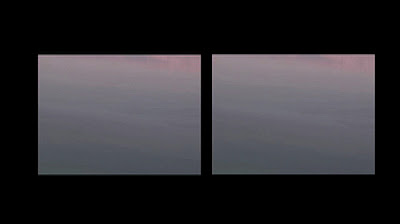 3) What do you need as an artist today?
Money! In other words, I think it is important to strike a balance between making ends meet and producing your own work, which requires time, space, and equipment. Also, I believe that belonging to a community and engaging in larger conversation is crucial for an artist’s survival.

4) What creative project are you working on now?
At the moment, I am working on a project that elaborates on the themes of my previous project awake. Using historical, national, and personal narratives, the work will offer a poetic observation on the yearnings of belonging. This project will function as an audio-visual journey, following the route of an Israeli woman searching for her past.

5) Where do you see yourself and your career in 10 years?
Hopefully, I will be able to continue developing and practicing my interests in the visual arts, presenting my work to a variety of audiences, participating in residency programs, and also teaching, which I perceive to be an important component of the constant dialogue that an artist should have with the community she is living in. I believe in the capacity of visual arts to question and observe history within a contemporary moment. My hope is to keep exploring these themes with poetic representation and the use of humor.

6) What does it mean to you to be an Israeli artist?
I don’t know what it is to be a non-Israeli artist, so it is difficult to say. I think my identity is an important part of my work. In my work I contemplate and play with the ways collective load – history, tradition, folklore – is registered in the individual. I try to defamiliarize certain narratives, images, objects, and icons that are part of Israeli-Jewish identity. My position here in New York as a kind of an outsider facilitates this process.

7) What does it mean to you to have an organization like AICF available in the art world?
AICF has served a crucial role in supporting Israeli artists. The AICF scholarship provided major support as I begun my own career and I think that having organizations such as AICF is central in supporting the still emergent Israeli and Jewish contemporary arts and culture. As an artist, I am thankful for having the opportunity to participate in the AICF community.