Udi Perlman has been named the 2024 Pogorzelski-Yankee awarded composer. He is an Israeli composer based in New Haven, Connecticut and Berlin, Germany.

Described as “surprising, rich, and colorful” (Haaretz), his music has been commissioned by the Jerusalem Symphony Orchestra, Bang on a Can Festival, Yale Glee Club, Lysander Piano Trio, International Ensemble Modern Academy, and the European Capital of Culture Festival. His Bruegel-inspired organ work Big Fish Eat Little Fish was written for organist Carolyn Craig, who performed it at Truro Cathedral, UK, Yale University’s Woolsey Hall and across many other venues in the United States.

Perlman is a recipient of the Charles Ives Scholarship from the American Academy of Arts and Letters, the Israeli Prime Minister’s Composer Award, the François Schapira Prize for Composition from the America-Israel Cultural Foundation and was composer-in-residence at I-Park Foundation (Connecticut) and Herrenhaus Edenkoben (Germany). Haaretz newspaper named him in 2021 as one of nine “most promising Israeli contemporary composers”.

Perlman is a DMA candidate in composition at the Yale School of Music, where his doctoral thesis won the 2022 Friedmann Thesis Prize. He holds degrees from the Barenboim-Said Akademie in Berlin (Artist Diploma) and the Jerusalem Academy of Music and Dance (B. Mus. & M.Mus.). His mentors include Christopher Theofanidis, Aaron Jay Kernis, David Lang, Martin Bresnick, Jörg Widmann, Wolfgang Rihm, Yinam Leef and Menachem Wissenberg. 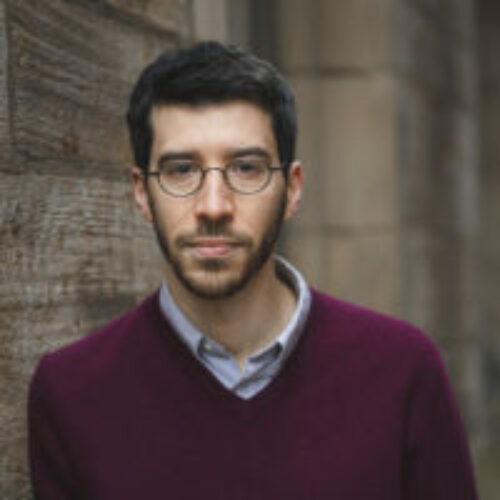