Born and raised in Israel, Uri Gurvich won the Jazz Player of the Year competition in Israel before relocating to Boston to attend the prestigious Berklee College of Music, studying under Joe Lovano. He has played at prestigious jazz festivals and venues in Europe, Japan and the U.S., including Lincoln Center and Blue Note. Uri is an in-demand saxophonist who also won acclaim as a leader with his 2009 debut, The Storyteller, which was released on John Zorn’s label – Tzadik Records. To help him celebrate another event in New York City, AICF had the pleasure of getting to know this talented musician.

1) What or who inspired you to want to be an artist?
Many people inspired me. First of all, I was inspired by the people who are close to me – my family and friends. Also, I was inspired by the records of the jazz greats, especially Charlie Parker, John Coltrane and Cannonball Adderley and my great teachers – Amikam Kimelman, Ed Tomassi, Joe Lovano and Hal Crook.

2) What was your creative journey that has brought you to where you are in your career today?
The Journey started as a kid from Kfar Saba, playing in the local concert band and studying at Katzenelson High School, then thru the Israeli Air Force Band, Rimon School, and from there to Berklee College in Boston. Once I moved to NYC, I started working more on my original music which eventually I released in The Storyteller on John Zorn`s label Tzadik Records. Each chapter had a role in my journey and led to the next thing. The fact I got to know many musicians from different places the past years, helped me to discover new sounds and develop new ideas.

3) What do you need as an artist today?
I think that any artist is looking for any kind of support to his work, in order to keep it alive and hopefully be able to go in new directions. I believe that the hardest thing as an artist is to keep developing and getting better constantly, and the support from audiences and fellow musicians is probably the most important, if it’s by coming to shows or buying records etc.

4) What creative project are you working on now?
Right now I am working on a new project, which will be recorded in the next months, and released in 2013. It will feature my quartet – Argentinean pianist – Leo Genovese, Bulgarian bassist – Peter Slavov and Cuban drummer – Francisco Mela. Brahim Fribgane, a great oud player and percussionist from Morocco, will join us as well. 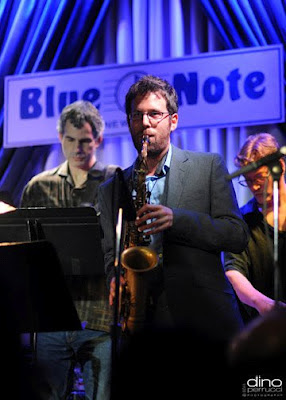 Hard to say… Hopefully in 10 years I’ll keep doing what I’m doing now, and get better in it.

6) What does it mean to you to be an Israeli artist?
Well, I am first of all Israeli (with Argentinean roots – both my parents immigrated to Israel in the 70`s) and that’s a stronger thing for me than me being a musician. I try to portray that through my music and my playing. I believe that by doing that my music can be more true to myself and hopefully to the listener. On the other hand, I want my music not to have boundaries or borders, so I try to collaborate as much as possible with musicians from different places, and bring my ‘Israeli’ flavor to the table.

7) What does it mean to you to have an organization like AICF available in the art world?
I believe that AICF is an important and necessary organization, which helps many young artists realize their dreams. When I was 16 I got a scholarship from AICF, which helped me finance my music education. Besides the great help, it was some sort of confirmation that I am doing the right thing. That was really important to me, especially in the early stages of my musical studies. 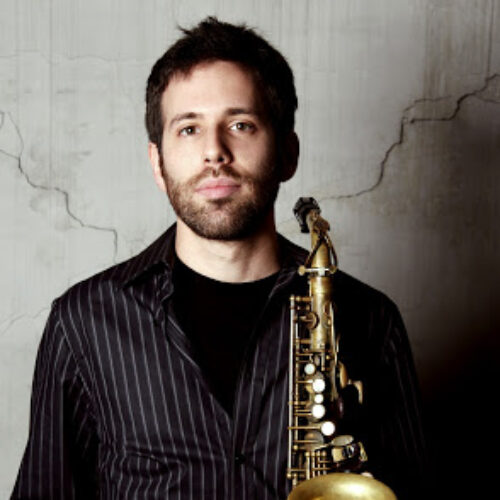