Yael Kanarek’s creative practice centers on the fundamental hypothesis that language and numerals render reality, and that this reality is an entirely subjective unified field. Through the shuffling of physical properties that construct our use of language (matter, shape, sound), Yael’s work examines how verbal signifiers operate emotionally. Employing modes of authorship such as storytelling and multilingualism, Kanarek manipulates the biographical predisposition of cultural associations. As an Israeli-American, Yael’s perception is tempered with an awareness of post-national borderlines. Her work enters spaces of meaning determined by a global network and the negotiation of identity that occurs when confronted with multiple systems. Crossing these sensibilities with her observation of the Internet as a network made of language – natural and computer – her most recent projects highlight connection and rejection. In celebration of her recent exhibit, AICF is thrilled to present this innovative artist.

1) What or who inspired you to want to be an artist?
One of my earliest art memories is an American pop art exhibition at the Tel Aviv Museum in the 70s that blew me away. I must have been eight or nine. It gave me a creative horizon beyond the familiar, also seeded the desire to return to New York.

2) What was your creative journey that has brought you to where you are in your career today?
I began my training at Thelma Yellin High School. I was very invested in Realism and taught myself portraiture. There was quite a bit of antagonism towards such painting in Israel at the time. I felt awkward about it. Painting realistically came naturally to me. I painted portraits of Israeli public figures, artists and politicians, including the late President Mr. Haim Herzog and his wife Ora. It all felt a bit surreal. There I was painting portraits across the social starta, including instant drawings on Dizengof street, yet my heart was yearning for far more experimental ventures. So I came to New York, enrolled at Empire State College’s Studio Semester Program, that gave me a free studio on the Lower East Side for three years. I started experimenting with the canvases and made sculptures by bolting them together. By the time I finished school I had taken over three studios and filled them with canvas sculptures. I lived the downtown New York art scene, organized exhibitions and participated in all sorts of Lower East Side art events. A series of gouaches about fantastical domestic scenes entered one of the Drawing Center exhibitions. Holland Cotter reviewed it in the New York Times.

With the rise of the internet around 1995, the techie-geeky side of my personality awoke and I found myself glued to the screen at the office job I had at the time. I tried to convince my artists friends to start an online gallery but no one else was inspired. I created my first online artwork in 1995 and hung posters around the East Village to promote it. Such exciting times. Back then I was teaching web design at art organizations around the city, including the Guggenheim, Dia Center and more. At Eyebeam I started organizing talks on art and technology that over a period of ten years fanned into an international network called Upgrade! International. We held four international gatherings.

In 2002 I was included in the Whitney Biennial with the Internet artwork The Traveler’s Journal: Forever. During the same year I was commissioned by SFMoMA to create The Traveler’s Journal: Destruction and Mending. In 2006 I showed The Traveler’s Journal: Object of Desire at the Jewish Museum in New York and many other places. “Object of Desire’ triggered my interest in languages and since then, I’ve been creating works using multiple languages in various media to challenge their geopolitical properties. The largest of these works, a 72” disc made of the word ‘red’ in English, Hebrew, Arabic, Yiddish and Spanish is on display at bitforms gallery in Chelsea until August 3.

3) What creative project are you working on now?
I just completed a new piece using the word ‘white’ in nine languages. The color palette was inspired by Bonnard’s painting “The Green Blouse” and boosted by color trends in sneakers design. I’m working on a necklace that reads “I found the key to extreme beauty” in silver and gold, and on a videoclock called “The Players”. Videoclocks are software-driven videos. I designed a software that synchs video and audio with the computer clock. “The Players” features  essayist Philip Lopate and the composer Martin Bresnick in a tennis match. I filmed them while at the Civitella Ranieri Residency in Umbria, Italy, last year. If there’s a heaven, it looks like Umbria in Spring. Inspired by my visit to Italy, I developed a course that reviews contemporary artworks, primarily electronic and digital, through the drawings of Leonardo Da Vinci. I’ll be teaching the course again in the Fall at Pratt and other locations. I love studying and teaching Da Vinci. He’s a perfect model for a ravenous mind of an artist-engineer. Studying him is like gym training for your imagination.

4) Where do you see yourself and your career in 10 years?
I love living in New York and the East Village, so I see myself here. Artistically, I’m interested in translating my matrices of languages into large-scale public art installations. 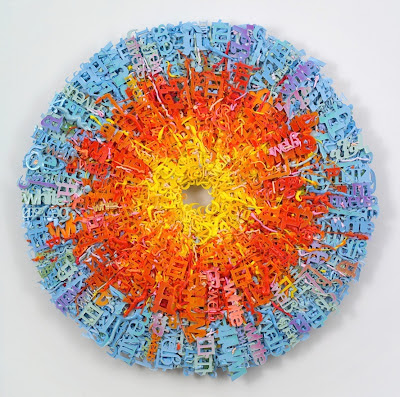 5) What does it mean to you to be an Israeli artist?
I have both American and Israeli cultural foundation. On a daily basis it means that I live with an emotional oscillation between here and there. I need both but can’t have them at the same time. The Internet blurs these feelings even further. My Eastern-European, Jewish identity also gained a dimension here in New York. A profile on my work in the Daily Jewish Forward in Yiddish made me happy. Working with multiple languages came from thinking about the Internet and globalization but it also relates to decentralized network of the Jewish diaspora – a model of social organization that is very resilient.

6) What does it mean to you to have an organization like AICF available in the art world?
When artworks find a place in the public eye, organizations such as AICF become very important in supporting sustainability of the artist’s practice.I also feel that the people working for AICF  are very enthusiastic about what they do and that’s inspiring. 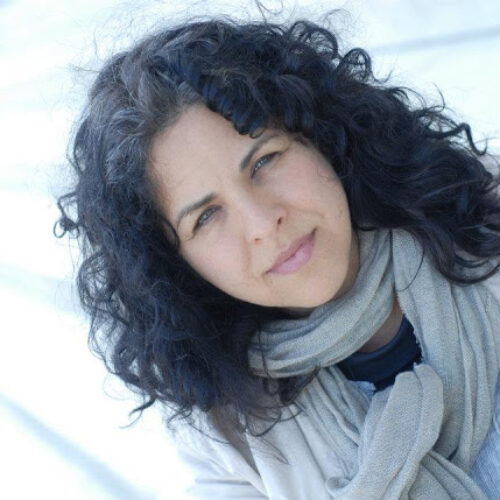