Yair Amster is a contemporary, world music, and jazz drummer and composer. A former IDF soldier, serving as an Outstanding Musician, Yair has performed and participated in a variety of musical styles in many concerts, workshops and festivals in Israel, and around the world, including The Umbria Jazz Festival, The Rostov on Don Jazz Festival, The Berlin Philharmonic Hall with RIAS Orchestra, and Safed Klezmer Festival–to name a few. Today, Yair is graduating from the prestigious Center for Jazz Studies in Tel Aviv (CJS) and preparing to complete his Bachelor’s degree in the USA.

1) What or who inspired you to want to be an artist? 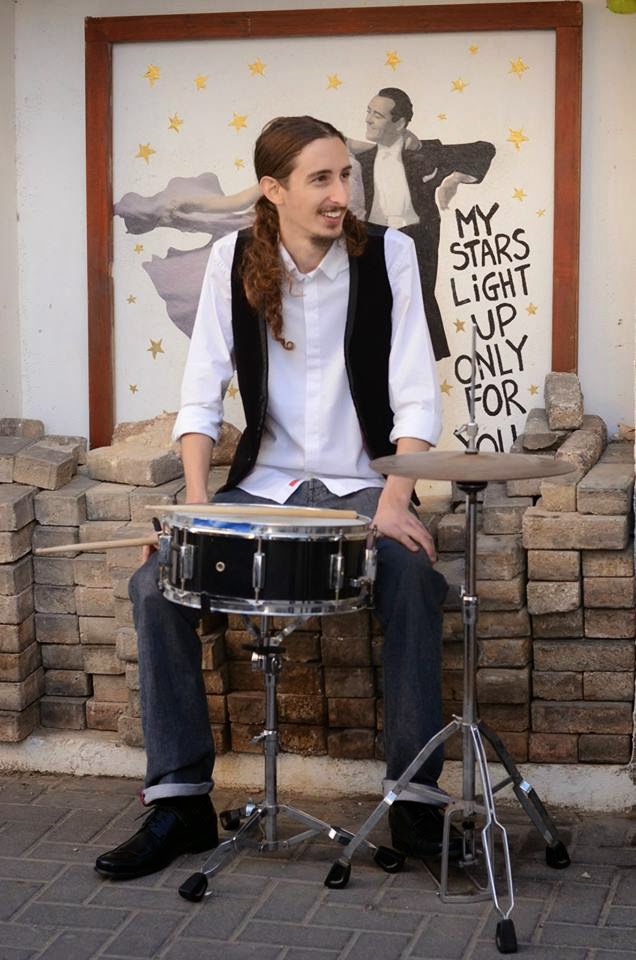 As a child, I used to drum on my body and on everything in my surroundings. When I was 11, my mom suggested that I join a drum group at my school. At first I refused, but she insisted and persuaded me to go. She likes to tell people how when I came home that day, I didn’t even say hello—I only asked her for money to buy drumsticks. That day, it was already clear to me that being a drummer was what I wanted to do. Age didn’t matter; I fell in love with the beat and the music immediately.

2) What was your creative journey that has brought you to where you are in your career today?
As a teenager, I started playing in different ensembles at the local conservatory, experiencing for the first time what group playing is really like. I was introduced to the great work of the Jazz drummer Max Roach. It was his unique, clear sound and his melodic playing that inspired me to enter the world of jazz music, playing, listening and deepening my knowledge of it.
During the same period, I started exploring some other artistic fields, such as circus performance, martial arts, and natural body-motion forms of art that broadened my appreciation for aesthetics.
During my musical studies at Metro West High School, I met Avital Gefen, a most inspiring mentor, who completely changed the way I listened to and perceive music. While familiarizing myself with classical music under her guidance, I had the privilege of studying composition under the instruction of Dr. Michael Shenhav, who expanded my creativity, stretched my thought process, and pushed me to explore new areas.
As an IDF soldier, I served as an Outstanding Musician, playing in a military band. The band gave me essential experience with playing a variety of musical styles and dealing with some very challenging performances and situations.

3) What do you need as an artist today?
I need an ideal environment that will allow me to grow, study, perform, create, and collaborate with artists and musicians from different cultures. 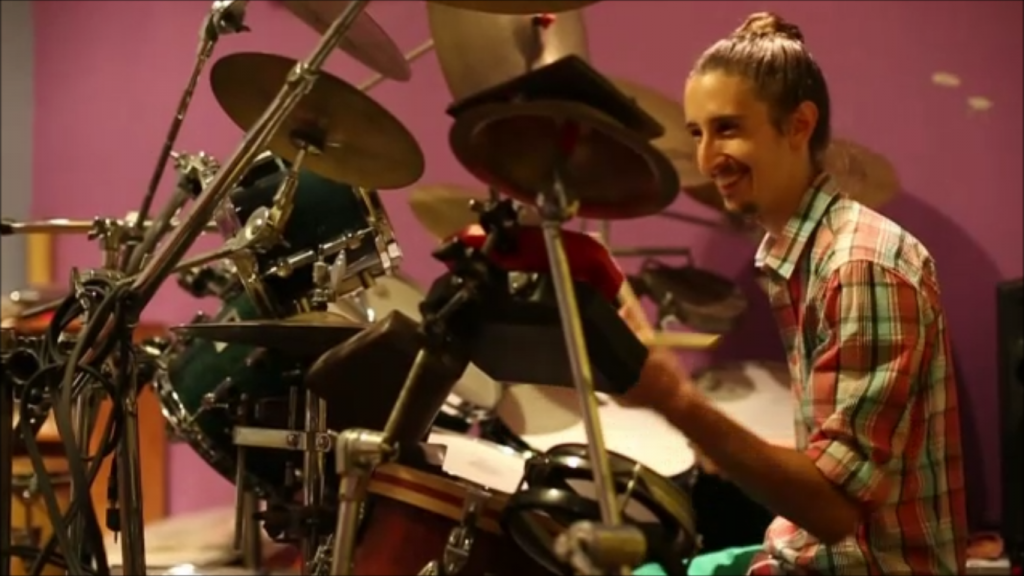 4) What creative project are you working on now?
I’m participating in a very unique competition for a full scholarship toward The New School for Jazz and Contemporary Music in New York. This particular competition evaluates me not only based on my playing skills, but also based on my creativity, as well as the public opinion in regards to my YouTube video “Why am I New School?”

In order to win the competition and the scholarship, I need to collect the highest amount of views and comments on the video– a surprising evaluation factor that reflects the changes in our modern society. Studying Jazz in New York has always been my dream, so I would actually like to use this opportunity and ask the readers to take a minute of their time and post a comment on the video. This would be extremely helpful.

5) Where do you see yourself and your career in 10 years?
I see myself as more mature, educated, and experienced, as a calm and yet enthusiastic person. I wish to continue composing music and performing, and to become a successful musician. Success is a tricky word that could be interpreted in many ways, so I’ll just say that for me it would be choosing and creating my musical collaborations and interactions based solely on artistic considerations.

6) What does it mean to you to be an Israeli artist?
Historically, Israel has always been at a regional crossroads. As an immigrants’ state, Israel has become a cultural melting pot. Growing up surrounded by numerous languages, sounds, colors, tastes, and smells, had a major influence on me both as a person and as an artist. I believe that that’s what jazz music is about: a total mixture of personalities, experiences and influences served on a musical plate.

7) What does it mean to you to have an organization like the America-Israel Cultural Foundation supporting Israeli culture in the past 75 years?

It means that someone has your back. As an individual, I am sure that without the support of AICF in my studies, I wouldn’t be where I am today. Last month, while playing at a special concert marking AICF’s 75th anniversary, I was exposed to other activities of the organization. Only then I realized the extent to which AICF’s work contributes to the various art forms in Israel. For me, having AICF’s support is a stamp of approval for my work. It’s like someone putting a hand on my shoulder, telling me: “Go on, keep doing what you’re doing, we are with you.” It is priceless.