Yoav Eshed is an Israeli guitar player and composer who performs both jazz and modern music. He grew up with significant early exposure to music, possessing absolute pitch and displaying prodigious musical talents as a young child. He began piano lessons just before his third birthday, and gave his first formal piano recital at the age of seven, playing works by composers including Mozart, Bach, and Hayden. Yoav picked up the guitar at the age of 13 and since then had been performing all around Israel with the top Israeli Jazz musicians. He also served the army as a software designer on the Intelligence Corps, in an Elite Technology Unit.

He was granted study scholarships by The New School in New York and won the “Prestigious Dean Award” by Berklee College Of Music. In addition, Yoav received Israeli government support prize for his work.  He won a guitar at the International Jazz Competition in United States with “Six String Theory,” sponsored by Berklee College of Music and Yamaha.

In 2013, Yoav won 1st Place Prize at the annual Jazz Competition by Rimon School Of Music.

1) What or who inspired you to want to be an artist?
In my brief experience with the various things the world can offer, with time I understood that music is the only thing that really mattered to me, the only thing that, for me, has a true greater purpose: the inspiration to be an artist. I also believe that the early exposure I had to music (earphones with Etudes by Chopin placed on my mother’s belly while she was expecting me, piano lessons starting at age 3) gave an inspiration to explore within me why am I here and understand that to be an artist is what “I must do” as Rilke said.

2) What was your creative journey that has brought you to where you are in your career today?
As mentioned before, I started playing the piano when I was young, taking private lessons in classical music. As I was growing up I became more interested in The Beatles, The Who, and Guns and Roses, and this led me to pick up the guitar. But the biggest milestone in my journey was when I was first introduced to jazz, during high school. This changed drastically all my thoughts and feelings towards music (in a good way). During high school I had the chance to study with the influential mentors Shai Chen and the late Amit Golan. Both introduced me to the concepts of harmony and improvisation, which opened a new world for me. Afterwards I started my own Trio: ‘Trio Millionaires’ with Ben Aylon on drums and Guy Levi on bass. These amazing musicians taught me so much about music and about giving; I feel that they are my main source of creativity nowadays.

3) What do you need as an artist today?
As an artist I feel committed to improve constantly, both in personal terms and artistic growth. This is a continuous, endless process to which I am fully devoted and dedicated. I need to make sure I can sustain myself. In an ideal world, I would have the financial freedom to devote every minute of my life to music. As an artist today, I need to make sure I have sufficient financial freedom to devote the time and energy needed to achieve my desired wish.

4) What creative project are you working on now?
There are three major projects going on right now: The first one is my own Trio, Trio Millionaires with Ben Aylon on drums and Guy Levi on bass. We are just finishing up our first album. The second is a project with the beloved actor, comedian, and musician Tomer Sharon. We are working on a project combining Israeli music and jazz by converting into jazz a most well known children’s nursery album, HaKeves Ha Shisha Asar (The 16th Sheep). The project has been extremely successful and in 2012 we received the Israeli Culture Department financial prize. The third is a band of six guitars, “Guitarras Argentinas” lead by Ian Aylon, that play traditional Argentine folk music. The first album is coming up later this year.

5) Where do you see yourself and your career in 10 years?
In 10 years I see myself performing with the musicians that I now admire. Those who now seem unreachable, in 10 years hopefully would be my colleagues. I plan to expand my career as a bandleader and tour with my band around the world, wherever our music would be appreciated, trying to touch and move our audience as much as we can. 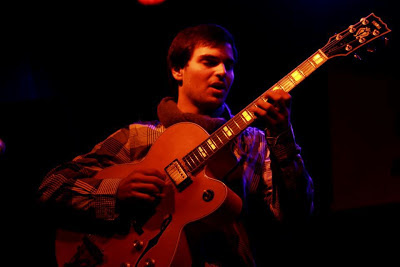 6) What does it mean to you to be an Israeli artist?
While the heart and center of my genre is located in New York, it is quite astonishing how many talented and successful Israeli musicians are out there. It’s almost as if there is a movement of Israelis in making an impact on jazz scenes around the world. I am proud to be a part of this movement.
I also feel proud to represent Israel. I notice that in many places in the world there is somewhat of a misperception of my country. I am committed to represent my country in the best way I can.

7) What does it mean to you to have an organization like AICF available in the art world?
The AICF enabled me continue my undergraduate music studies in Israel, gain international exposure, and continuously improve and achieve my learning and performing goals. Hence, AICF has a major influence on my musical development and is essential for my career; it opened new opportunities that I wouldn’t otherwise have. AICF helps promote and support Israeli artists, thereby bringing better music to the. The organization is filling me with hope that not only I will be able to achieve my goals, but that other Israeli musicians will be able to grow and improve, making it possible to show the world the artistic side of Israel. 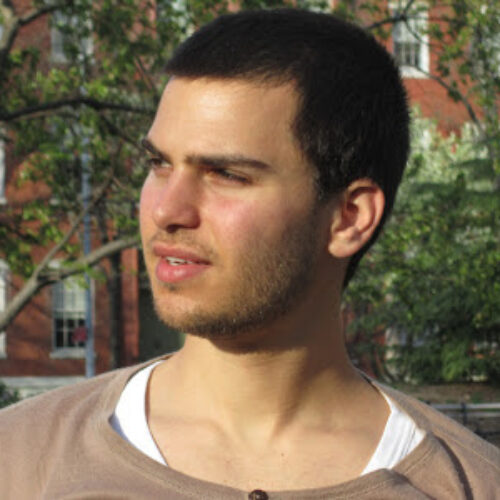