On June 6, the Excelentia Foundation presented the V edition of the Excelentia Awards for Culture in the Symphony Hall of the National Auditorium. Prizes were divided into different categories and try to recognize the work of people, institutions and companies in the field of culture and classical music in particular, as well as support young talents and recognize career paths.

In this edition, the jury, made up of prominent personalities from different areas of society, has awarded the “Young talents” Award to young pianist Yoav Levanon.

During the ceremony, Yoav Levanon performed works by F. Liszt and had the honor of meeting with Her Majesty Queen Dona Sofia who expressed appreciation to his performance.

Yoav was invited by the Excelentia Foundation to perform the Tchaikovsky Piano Concerto No. 1, in October, at the National Auditorium in Madrid. 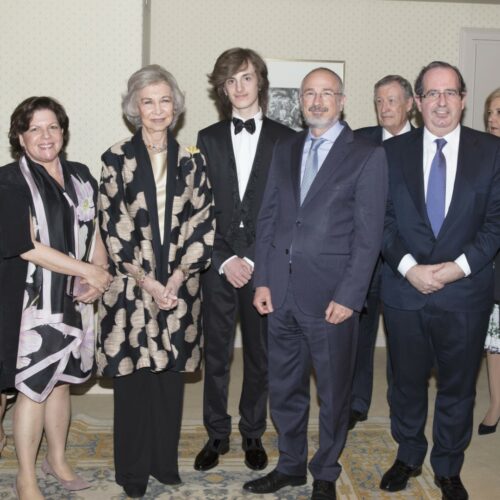