Jazz guitarist and composer Yotam Silberstein has launched a campaign on Kickstarter to help create a new album, “The Village”.

It will feature some amazing musicians: Aaron Goldberg on piano, Reuben Rogers on bass, and Greg Hutchinson. The album will consist mostly of Yotam’s original music but also some exciting new arrangements of some of his personal favorites tunes.

The Village, the title track of the album, has a double meaning. It refers to New York’s Greenwich Village, Yotam’s artistic home for the past 10 years. But it also refers to the fact that the world has become one global village, which has enabled easy access through the Internet and social media to different styles of music and musicians from all over the world. This album is a representation of Yotam’s personal encounter with different traditions, sounds and musicians who have inspired him, taught him and expanded his horizon throughout his musical travels as a touring musician.

The album’s tracks travel through Israeli music, Arabic influences, flamenco, Brazilian baião, samba, choro, Argentinean milonga, and of course, American jazz—bringing all these different ingredients together and creating one musical village through Yotam’s writing and arranging.

The album will be produced in collaboration with a new French label, jazz&people. 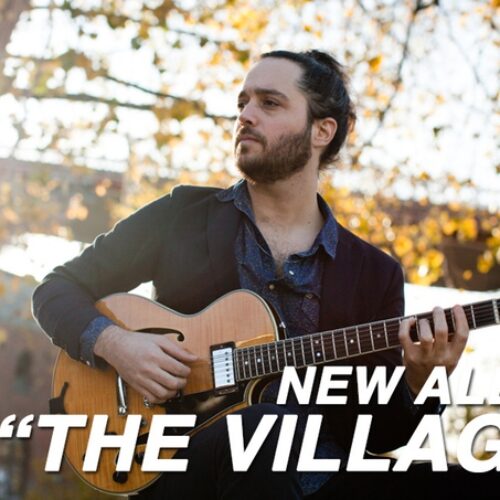