Zion80 explores Jewish music through the lens of the Afrobeat funk master Fela Anikulapo Kuti. Led by Jon Madof (John Zorn, Matisyahu), the 10-piece band arranges Jewish melodies using the polyrhythmic intensity of Afrobeat, blended with the madness of the Downtown scene. Madof’s most ambitious project to date, Zion80 is blazing hot and tight as a drum. Spiritual, grooving and endlessly exciting, this is essential Jewish music for the 21st century. Zion80’s latest album is Warriors (2017, Chant Records).

What or who inspired you to want to be an artist?
I’ve been obsessed with music since I was a little kid. There was always music on in my house growing up, and my father plays the guitar. When I started taking guitar lessons and writing my own songs, I was taken with the magic of being able to create music. I’ve been doing it ever since!

What was your creative journey that has brought you to where you are in your career today?
My creative journey started in earnest when I was about 15, and I formed a band with some of my friends. That was an incredibly formative experience, introducing me not only to making music but collaboration, dealing with different personalities, and music business. I became serious about studying jazz in college and practiced many hours a day for several years. I moved to New York City with my wife in 2000 and began playing with other musicians on the ‘Downtown Scene.’ I formed my trio Rashanim at that time and began recording for Tzadik Records, owned by John Zorn. Since then I’ve started my 10-piece band Zion80, toured around the world, and have recently started a record label called Chant Records, along with the great bassist and producer Shanir Ezra Blumenkranz.

What do you need as an artist today?
I think all artists need a community to work in, space and equipment that allow them to work, time and some means of funding to create. The equation is different for everyone depending on where they are in their careers, the demands of having a family, etc. But I think those are always the basic ingredients.

What creative project are you working on now?
I’m working on several musical projects. One combines Latin and Afro-Cuban music with Jewish music, another is a bombastic, political group mixing rap, noise, jazz and other musical forms and another is a solo project combining my guitar music with electronics and other sonic elements.

What does it mean to you to have an organization like the AICF supporting artists and culture?
The AICF’s work is vital in two major ways: supporting Israeli artists and supporting young artists. In today’s climate, support for Israel in the arts is extremely important and can have a positive impact not only on Israel and America but the whole world. And supporting artists in their formative years means that talent can blossom and flourish and help these artists to grow into adults who innovate, collaborate and inspire. 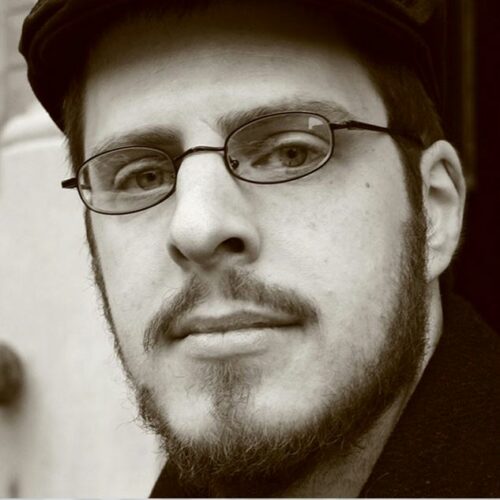