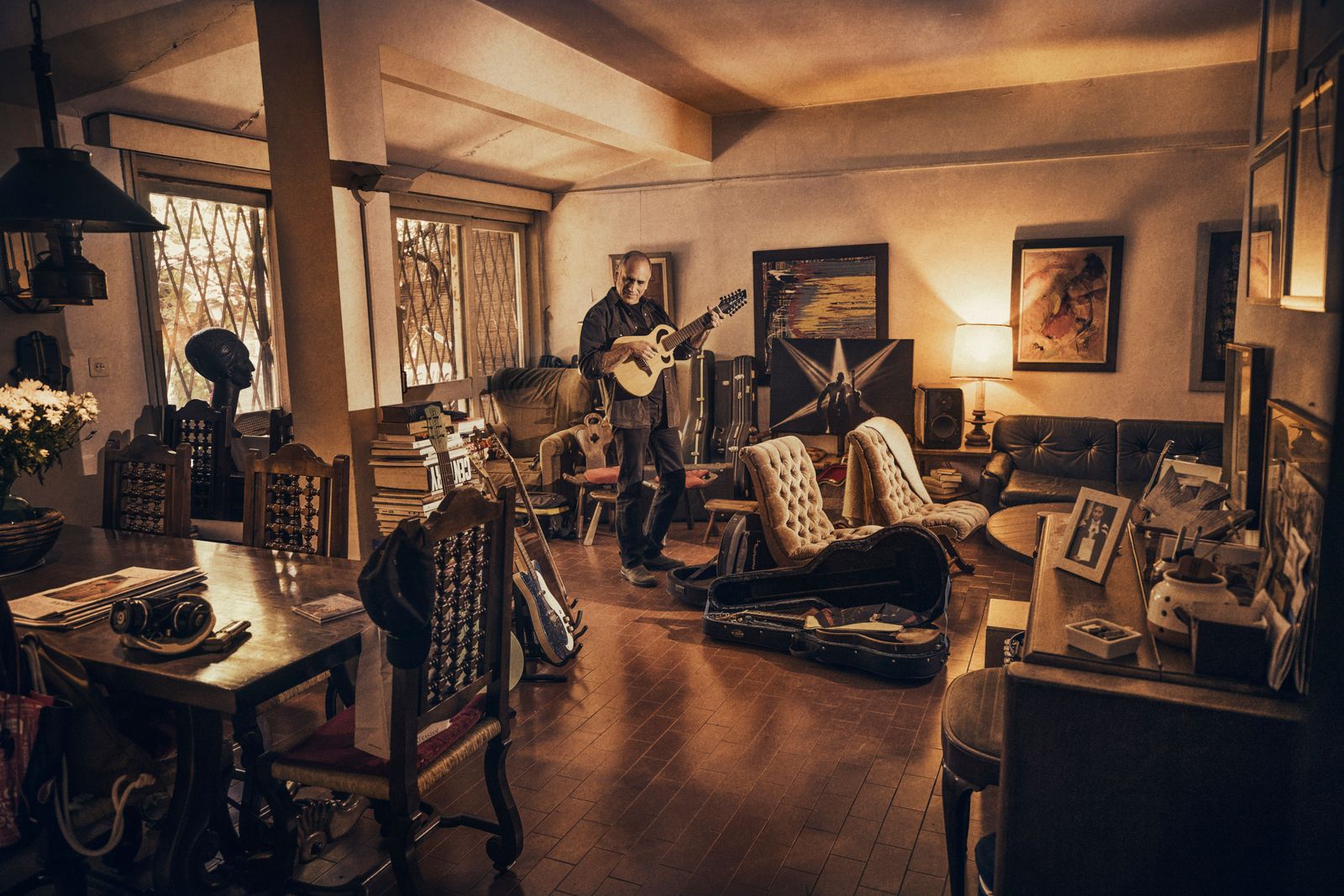 David Broza is an internationally renowned Israeli singer-songwriter, recognized for his dynamic guitar performances and humanitarian efforts. His signature sound brings together the influence of Spanish flamenco, American folk, rock and roll, and poetry. Social justice and peace advocacy are embedded in Broza’s work; his 1977 hit song “Yihye Tov” remains an Israeli peace anthem. With over 40 albums released, many of which are multiplatinum, in English, Hebrew, and Spanish, Broza continues to tour globally both as a solo musician and with his various musical projects.

Broza was born in Haifa, Israel and spent his teenage years in Spain and the UK. After returning to Israel, Broza started his musical career at age 22. His travels have contributed to his international sound and commitment to human connection, story-telling, and equality.

At the core of his social justice work is the belief that music is a platform for dialogue and tolerance. His 2013 album East Jerusalem, West Jerusalem received widespread acclaim alongside a documentary of the same name which streamed on Netflix for 3 years. The album, produced by Grammy-award winners Steve Earle and Steve Greenberg, was recorded entirely in the Palestinian Sabreen studio in East Jerusalem, featuring both Israeli and Palestinian musicians.

He is the founder of the non-profit One Million Guitars, which gives underprivileged schoolchildren around the world hand-crafted guitars and the foundation of a musical education.

Broza’s charismatic, vibrant, and passionate energy is far-reaching and carries global impact. His presence as an entertainer, industry innovator and humanitarian continues to inspire and ignite meaningful listening for all generations.