About
Key Dates
The Rules
2022 Winners
Past Winners

America-Israel Cultural Foundation (AICF) has played a leading role in the development of Israel’s arts and culture. Thanks to its early support for nearly all of Israel’s largest artistic institutions, and its support of Israel’s finest artists, the name AICF has become synonymous with culture in Israel.

AICF’s ICA Awards (Israeli Culture & Arts Awards) honor the most impactful Israeli artists in the performing, visual, design, television, and cinematic arts, thanking them for their contribution to the global cultural landscape.

The Award Ceremony will take place on Monday, November 7th in New York City, featuring performances by a wide array of exceptional Israeli artists who have been supported by AICF throughout their careers.

November 7, 2022
“This remarkable list of accomplished talent has not only made an impact on the arts but the entire state of Israel and global cultural landscape. We are proud to honor them with the first-ever ICA Awards and to continue our mission of supporting Israeli arts for another 80 years and beyond.”
Joshua-Marc Tanenbaum
President of the AICF Board of Directors There is no fee per entry.

An individual can submit as many entries as they wish so long as individuals are eligible.

Upon submission, you should receive a notification email within 24 hours.

Once entries are submitted if you wish to make any updates you have two business days to do so by emailing [email protected].

Winners are selected by an esteemed judging panel as well as by popular vote. 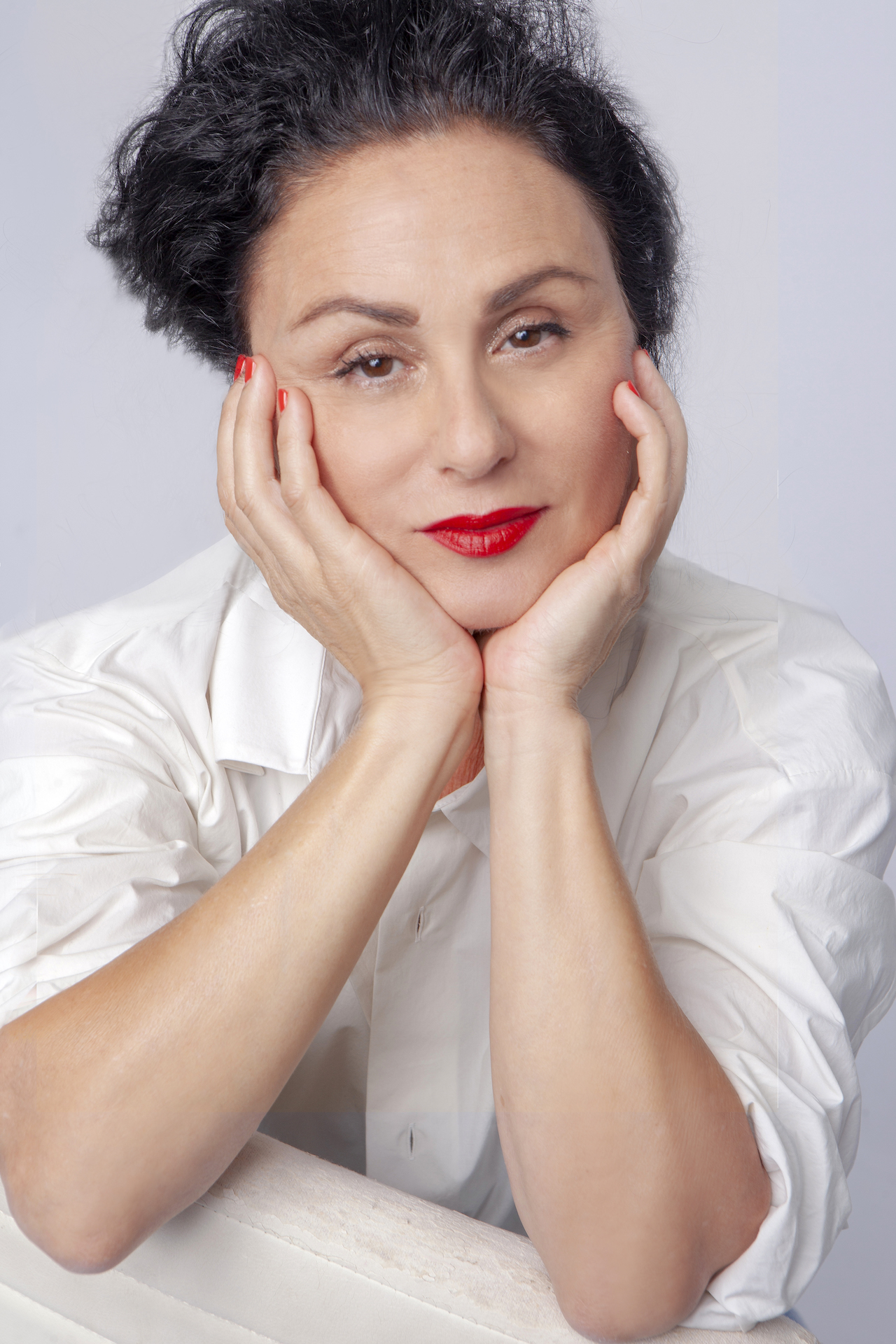 Hanna Azoulay Hasfari is an Israeli actress, screenwriter, playwright, film director and a two-time winner of the Ophir Award, Jerusalem Film Festival Best Actress, Chamber of Critics Best Actress. She has won Festroia International Film Festival Best Screenplay, and Special Mention Sh’Chur At Berlin International Film Festival. She has appeared in numerous stage productions in leading theaters in Israel, including the Cameri Theater, the Haifa Theatrer, Be’er Sheva Theater and Beit Lessin Theater, Dimona Theater. She has also written numerous plays, such as Match Void (Cameri Theater, Red Lion Theater in London); Yom Kippur (Day of Atonement; Beit Lessin, the Jewish Theatre, NOTTARA theater in Bucharest, Romania and Boston Center for the Arts, Satu Mare Theater in Romania); Mimuna (Beit Lessin), and Dina (Boston Center for the Arts’, Dimona theater in Israel). One of Hanna’s first movie scripts was Sh’Chur (1994). It received international awards and recognition. She directed and acted in her film called Orange People which was awarded the Jury Award for Best Film in 2013 at the International Women’s Film Festival, in Rehovot. She has acted in many Israeli films both Israeli and American, including Sh’Chur, Lovesick on Nana Street (1995) and shiva (7 Days 2008). 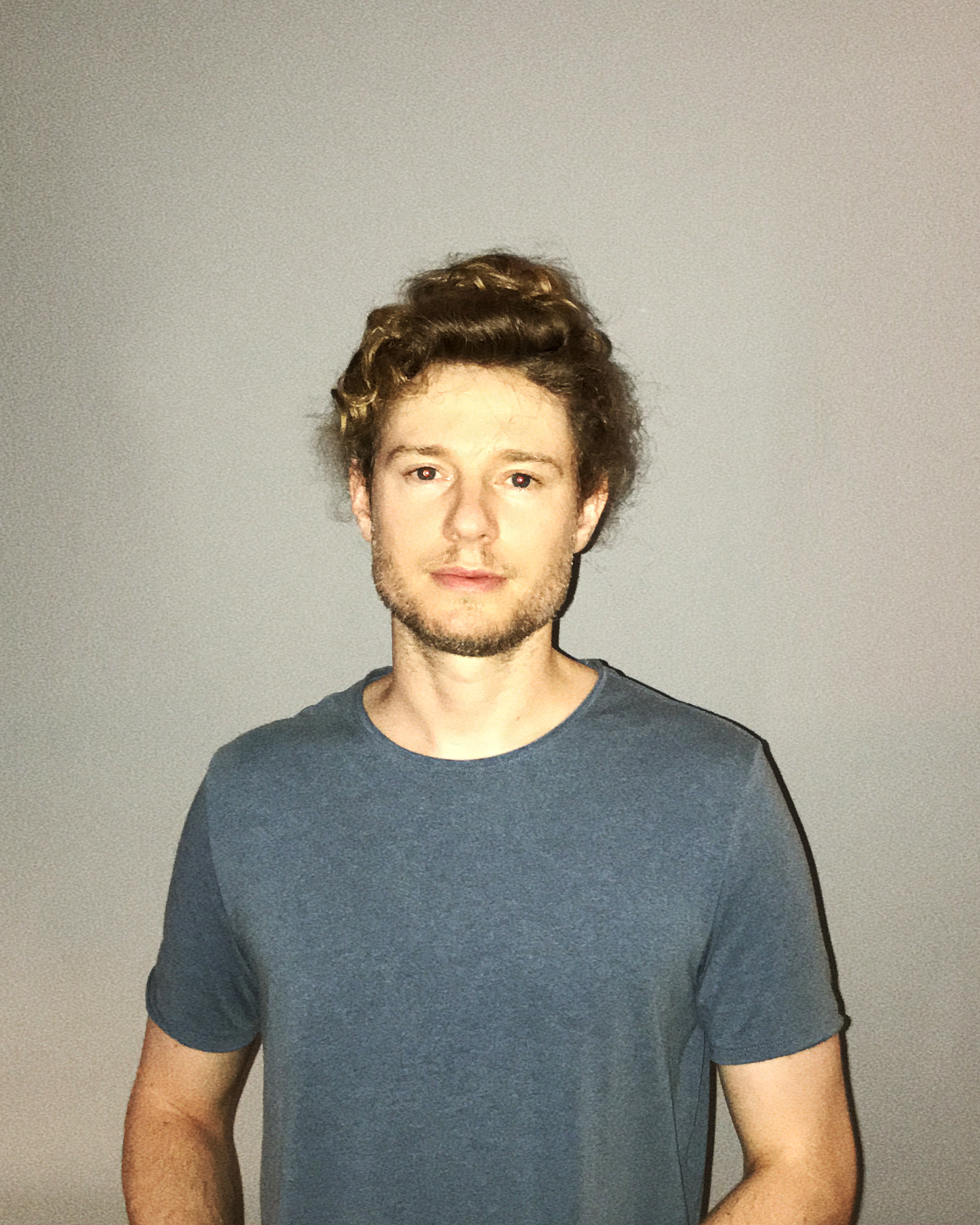 Vania Heymann is a Grammy-nominated film director and artist. His work includes music videos for artists such as Coldplay, Bob Dylan, DJ Snake, and Tove Lo, videos created during his studies at the Bezalel Academy of Art and Design in Jerusalem that have received critical acclaim, a TV series composed of two-minute episodes broadcast on Israeli TV and short films. He also directs commercials, including spots for Apple, Google, and Nike. In 2013, Bob Dylan released an official interactive music video that Vania created and directed for the song “Like a Rolling Stone”, this song was first released in 1965 and had not previously had an authorized video. The video allows viewers to flip through 16 television channels, which all feature characters who are lip-syncing the lyrics of the song. In December 2013, Time Magazine named the video Best music video of 2013. The video has since won many prizes including a Webby Award and 4 Gold Lions at the Cannes Lions in the Film Craft, Direct, and Branded Content & Entertainment categories. In 2016 together with Gal Muggia, he directed a music video for Coldplay, for the song “Up&Up”. They were nominated for a Grammy for best music video, nominated for best director at the MTV VMA’s, and won the “best visual effects” category at the 2016 MTV VMA’s. His videos have been viewed over 400 million times on YouTube. 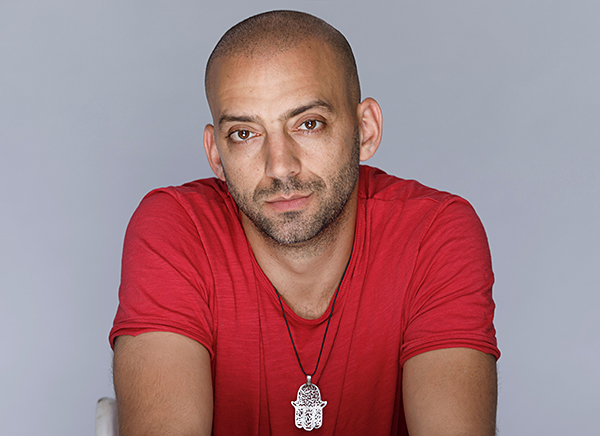 Idan Raichel is a producer, keyboardist, lyricist, composer and performer. Idan is a global music icon who has brought his inspiring example and soul-stirring music to some of the planet’s biggest stages. As the leader of The Idan Raichel Project, Idan acts as a musical ambassador representing a hopeful world in which artistic collaboration breaks down barriers between people of different backgrounds and beliefs. Over the past 13 years, Idan has collaborated with American pop stars such as India Arie, Dave Matthews and Alicia Keys, not to mention a wide range of artists who are household names in their native countries: Portugal’s Ana Moura, France’s Patrick Bruel, Italy’s Ornella Vanoni, Germany’s Andreas Scholl, and Mali’s Vieux Farka Touré. The Idan Raichel Project’s spectacular live show has audiences worldwide. They have headlined in venues worldwide, including New York’s Central Park Summer Stage, Apollo Theater, Town Hall and Radio City Music Hall, Los Angeles’ Kodak Theater, the Sydney Opera House, Zenith in Paris, London’s Royal Albert Hall and many international festivals. They have also performed across Europe, South Africa, Central America, Hong Kong, Singapore, India, Ethiopia, South Africa, Ghana, Japan and dozens of other countries for enraptured audiences of all backgrounds. In November 2017, Idan announced his new festival – in which he wanted to share with his audience a multi-disciplinary festival including all his passions – music, culinary and art, alongside a series of limited and exclusive performances from his project. Since the success of the first festival it has returned 4 more times due to high demand. An estimated number viewers of 186,000 have participated in total. 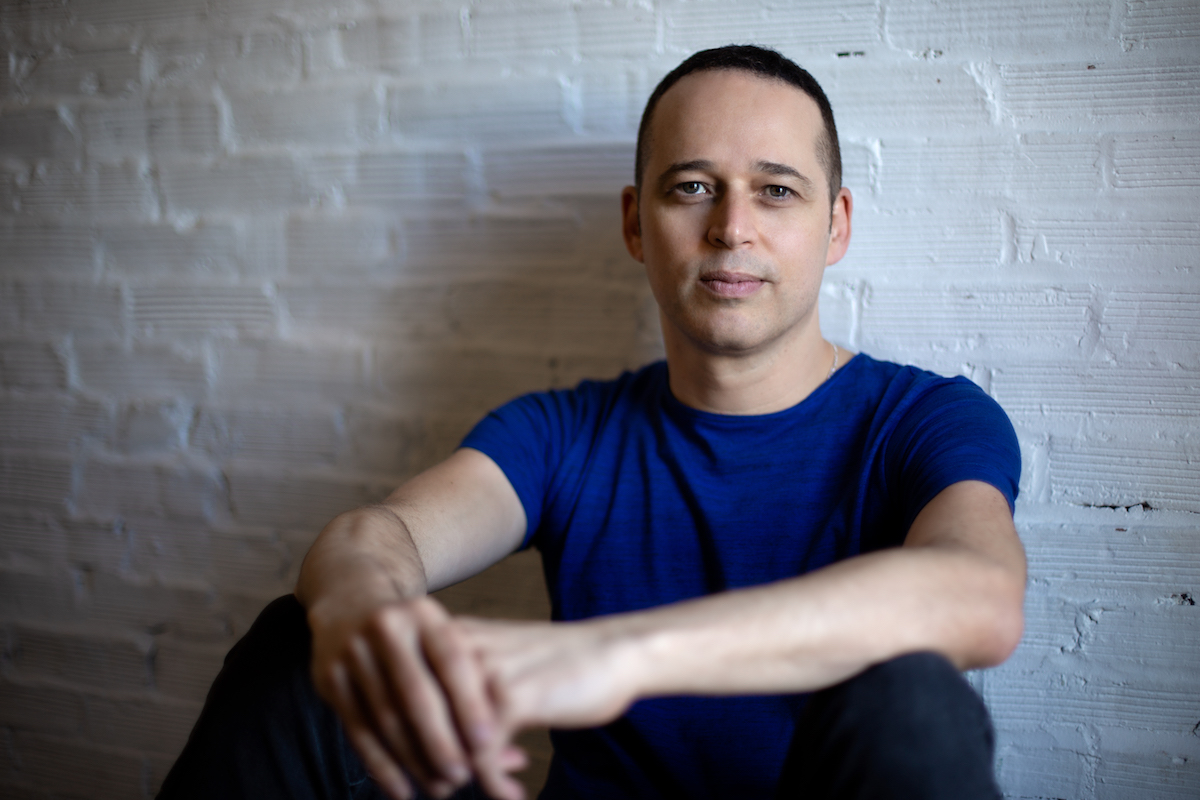 Ron Leshem is an Israeli-American television and film writer and producer, best known for the television series Euphoria, and for the film Beaufort, which was nominated for the Academy Award for Best Foreign Language Film. He is the winner of the Sapir Prize, Israel’s top literary award for his debut novel Beaufort which was translated into over 20 languages. The film version of Beaufort, which Ron co-wrote, was nominated for the Academy Award for Best Foreign Language Film, and won the Berlin International Film Festival Silver Bear for Best Director. His second book The Underground Bazaar reached also the bestseller list and was translated into numerous languages, and his third book When We Were Beautiful published last month. He created and co-wrote the drama series The Gordin Cell (2011) which received 11 nominations for the Israeli Academy of Film and Television awards. The TV series was adapted by NBC as an American remake, Allegiance. From 2006 until 2009, Ron served as head of content and programming for Keshet Broadcasting. He was responsible for the development and production of some of the most popular and successful Israeli TV series, receiving outstanding industry awards. Series include: Arab Labor, the A-word, Traffic Light, and Homeland (the original Israeli show Prisoners of War adapted and screened for two seasons after being sold to 20th Century Fox Television for Showtime cable channel). The Israeli film Incitement by Yaron Zilberman, which Ron co-wrote, premiered at the 2019 Toronto Film Festival and won the 2019 Ophir Award for Best Picture. 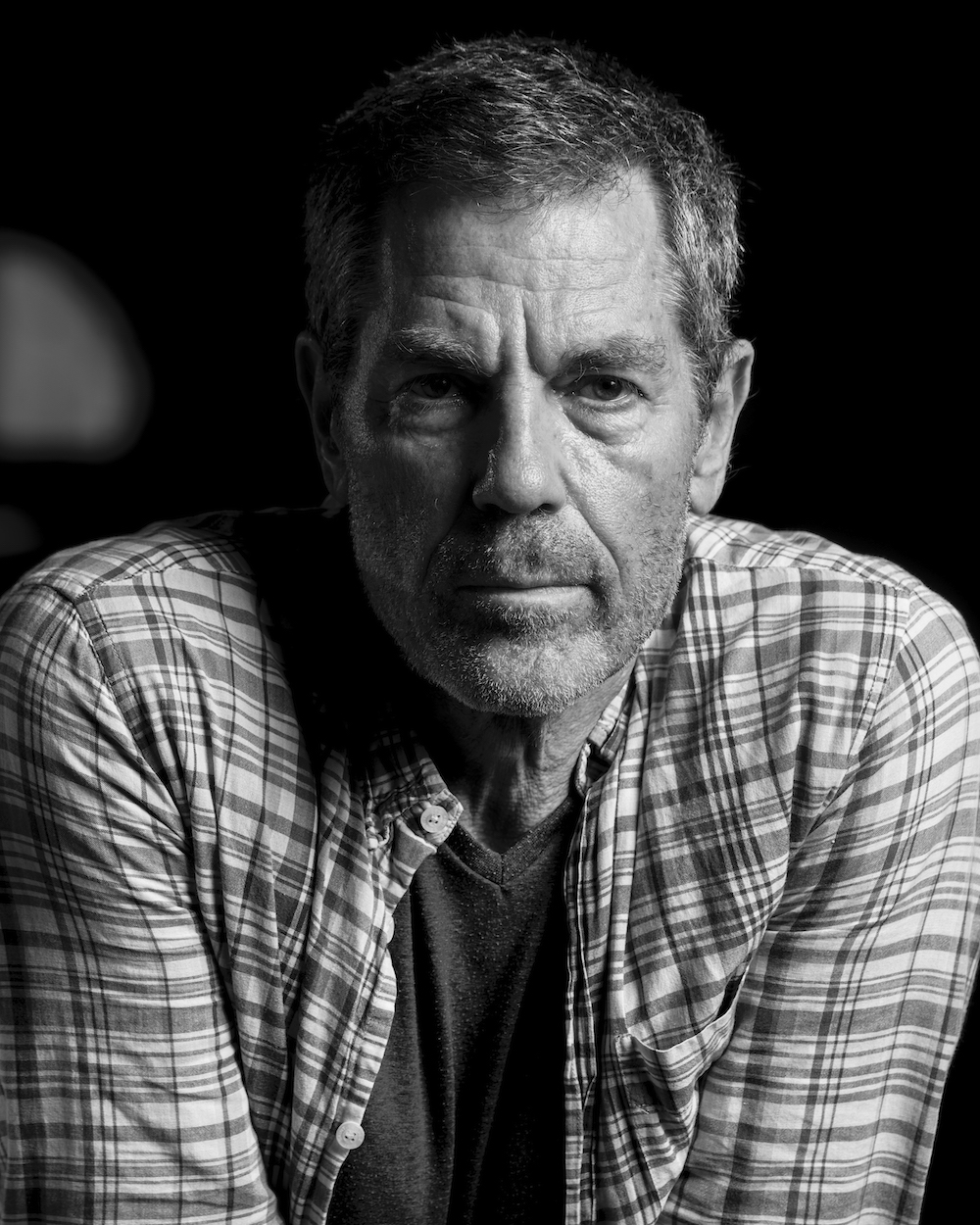 Ohad Naharin is the current House Choreographer of Batsheva Dance Company, where he also served as Artistic Director until 2018. Born in Mizra, Israel, Ohad began his dance career with Batsheva and later made his choreographic debut in New York in 1980. In 1990, he was appointed Artistic Director of Batsheva Dance Company and established its junior division, Batsheva – the Young Ensemble. He has since created over thirty works for both companies and set pieces on other companies including Nederlands Dans Theater, the Paris Opera Ballet, and Les Grand Ballets Canadiens de Montréal. In addition to his stage work, he also developed GAGA, an innovative movement language based on research into heightening sensation and imagination, becoming aware of form, finding new movement habits, and going beyond familiar limits. GAGA is the daily training of Batsheva’s dancers and has spread globally among both dancers and non-dancers. He trained in music throughout his childhood and continues to infuse his work with a unique musicality. He collaborated with the Israeli rock group, The Tractor’s Revenge (Kyr, 1990), Avi Balleli and Dan Makov (Anaphaza, 1993), Ivri Lider (Z/na, 1995), and Grischa Lichtenberger (Last Work, 2015). Under the pseudonym Maxim Waratt, he composed music for MAX (2007) and edited and mixed the soundtracks for Mamootot (2003), Hora (2009), Sadeh21 (2011), The Hole (2013), Last Work (2015) and Venezuela (2017). Ohad’s work has also been featured in several films, including Tomer Heymann’s Out of Focus and the Heymann Brothers’ Mr. Gaga.