Eden was born in Jerusalem in 2001. he is a student of the Israel Arts and Science Academy High School, Jerusalem. He started his piano studies at age 8 with Anat Paul, Hassadna Conservatory, Jerusalem and from 2014 is studying with Adela Umansky at the Kfar Saba Conservatory.

He is a recipient of the America-Israel Cultural Foundation Scholarships annually since 2012. He won first prize in the Pnina Saltzman Piano Competition, 2015 and prizes in the “Piano Forever ” Piano Competition, Ashdod. He received the Tzfunot Tarbut Scholarship and the excellence award in memory of Maestro Yuri Ahronovitch.

Eden was chosen to play as soloist with the Jerusalem Symphony Orchestra in the Concerto Course with Emanuel Ax, and he was also chosen for the piano excellence program of the Jerusalem Music Center with guidance of the president of the center Murray Perahia. 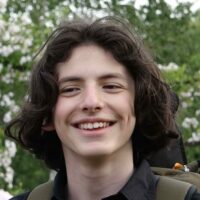