GAL GADOT is one of Hollywood’s most engaging and sought-after talents. She debuted as Diana/Wonder Woman in the blockbuster “Batman v Superman: Dawn of Justice,” and in 2017, she starred again in the role in the first-ever “Wonder Woman” feature, which was the highest grossing film of the season, taking in more than $820 million worldwide.

For her role as Diana/Wonder Woman, she won the Rising Star Award at the Palm Springs International Film Festival and the 2018 #SeeHer Award at the Broadcast Film Critics Association Awards. She also won the 2018 MTV Movie + TV Award for Best Fight and the 2017 Teen Choice Award for Choice Movie Actress: Action. “Wonder Woman” was honored with the spotlight award at the 2017 National Board of Review.

In November 2021, Gal’s Netflix’s action thriller “Red Notice” was released and opened to the biggest opening day in Netflix film history. The film also starred Dwayne “The Rock” Johnson and Ryan Reynolds. It was recently announced that there will be Red Notice 2 and Red Notice 3 featuring the original cast.

In December 2020, Gal starred in and produced the highly anticipated sequel, “Wonder Woman 1984” for Warner Bros.

She most recently appeared in the Fox remake of “Death on the Nile” alongside Kenneth Branagh which released in February 2022.

She is currently in production on Disney’s live action adaption of “Snow White” in which she stars as the Evil Queen.

In Spring of 2022, she will begin production on Netflix’s “Heart of Stone” opposite Jamie Dornan. The film is an espionage thrilled developed by Skydance Media and directed by Tom Harper.

Gadot is set to star in the “To Catch a Thief” reboot penned by Eileen Jones for Paramount Pictures.

It was recently announced that Gadot will star as Cleopatra in an upcoming film for Paramount Motion Pictures. The film will be produced by Atlas Entertainment’s Charles Roven, Patty Jenkins, Gadot and her Pilot Wave Motion Pictures partner Jaron Varsano.

She is set to produce “My Dearest Fidel” alongside Sue Kroll and Jaron Varsano. She is also in talks to star in the film, which follows the untold story of how ABC journalist Lisa Howard became one of Fidel Castro’s leading American confidants. Gal will also star in and executive produce a Showtime series based on the life and career of Hedy Lamarr.

In 2019, it was announced that Gal has formed a production company, alongside her husband Jaron Varsano, titled Pilot Wave. The company will produce the historical thriller “Irena Sendler” in which Gal will star as the title character for Warner Bros. Additionally, Pilot Wave is developing a U.S. version of the hit Israeli series “Queens” with Endemol Shine North America. The series follows women who, after their men are murdered by a rival crime syndicate, band together to take over the family business.

Pilot Wave has partnered with National Geographic for a women-focused six-episode docuseries titled “Impact.” Gadot is an executive producer on the series. The series premiered on April 19th, 2021.

Additionally, Gadot along with Varsano launched a new line of healthier Mac and Cheese, Goodles. 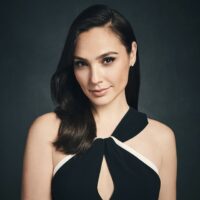