Guy Ben-Ari is the Digital Imaging Director at Pace Gallery in New York, and a Founding Director of Meta Meta Meta, LLC, a not-for-profit artist-run Brooklyn based arts organization. He previously worked as a Collection Photographer at The Metropolitan Museum of Art’s Imaging Department, and ran operations at Art Advisory Services, Inc. Guy has taught and lectured at Columbia University, the New York Studio School, NYU, MoMA, as well as Bezalel Academy in Jerusalem.

Ben-Ari received his MFA from Columbia University’s School of the Arts in 2011, and his BFA with honors from Bezalel Academy of Art and Design in Jerusalem in 2009. He also studied at the Slade School of Fine Art, UCL, London in 2008.

Residences include Triangle, the Keyholder Residency at the Lower East Side Printshop, the Robert Blackburn Printmaking Program at the Elizabeth Foundation for the Arts, the Lower Manhattan Cultural Council’s Workspace Program, and Two Trees’ Cultural Space Program.

Guy’s work was featured in Hyperallergic, Art Business News, Wall Street International, TimeOut, Haaretz, and HuffPost, and included in projects with Hamidrasha Gallery in Tel-Aviv, The Jewish Museum, Fisher Landau Center for Art, and SculptureCenter, among others. 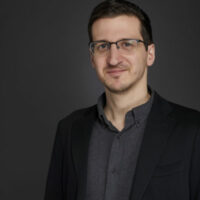