A native of Israel, 1985, Hagai Yodan is a multi-disciplinary artist: musician, stylist and writer. As a musician, he is an accomplished pianist and vocal coach, a conductor, tenor and composer. He has performed as soloist with the Israel Symphony Orchestra, the Ashdod Symphony Orchestra and the Herzliya Chamber Orchestra, and has appeared at the Beverly Hills International Music Festival, the Center for Chamber Music at the Tel Aviv Conservatory, the chamber music series of the Israel Symphony Orchestra, the Tel-Aviv Chamber Music Society, The Israeli Music Festival, the Vox Feminae Festival and more. His pieces and arrangements have been performed in various venues, among them at the International Spring Festival Rishon-LeZion.

Hagai has established his own classical music label - HYM: "Hagai Yodan Music”, and has taken part in the Grammy nominated album “Forever to Remember” (Romeo Records). 2016 will see the release of Hagai’s recording of the complete intermezzi by Brahms and an album of pieces by Stella Lerner. Hagai Yodan’s Music Studio - LOFTLV - which he designed, has appeared in magazines and design books. He is currently working on a pop-rock album of his own songs, a Hebrew poetry book, an English book of short stories, a large symphonic piece and two movie scripts. 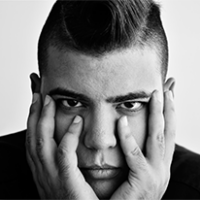