Andy has recently launched his first album with a very unique program of Gershwin: the complete arrangements of Earl Wild to the Music of George Gershwin. He has recently gave his first performance of Rhapsody in Blue with Ramat-Gan Symphony Orchestra.

During a tour in Europe Mr. Feldbau has been the featured artist at prestigious venues in London, Berlin, Hamburg, and Munich. He has IMG_0508RETOUCHEDDarkerparticipated at festivals in New York City – “Liszt, a Life in Music” and “Schumann and Chopin”. He also toured in the US, performing in Washington DC, Washington State, Indiana, Oregon, Chicago (Preston Bradley Hall, broadcast live by WFMT Fine Arts Radio), and in New York’s Weill Recital Hall at Carnegie Hall, and has been invited for the third time to perform a recital at the prestigious Pianos Festival in Jerusalem Theatre with a program of American music.

In earlier seasons, Mr. Feldbau won First Prize in the American Protégé International Piano Competition, and various competitions in Israel and Russia. He received scholarships for Excellence awarded by the America-Israel Culture Fund for his studies in Juilliard and in Tel Aviv University. He has received additional Merits from The Juilliard School, Mannes College, Ronen Foundation of America, the Hebrew Free Loan Society, and other cultural organizations in the US and abroad.

Mr. Feldbau is a graduate of The Juilliard School, where he studied with Mr. Julian Martin his Master’s degree. He has additionally received his Artist Diploma from Mannes College of Music in NYC where he studies with Mrs. Pavlina Dokovska. In 2008 he received his Bachelor’s degree from the Buchman-Mehta School of Music at Tel Aviv University as a student of Prof. Emanuel Krasovsky.

As composer Mr. Feldbau has composed pieces for choir and piano, various solo instruments, chamber music, orchestrations and numerous solo piano virtuoso arrangements for Broadway and Disney songs. He has composed many pieces for piano, most of which he has performed and recorded. In addition, he has composed and performed various cadenzas to piano concertos of Mozart, Haydn and Rachmaninov. 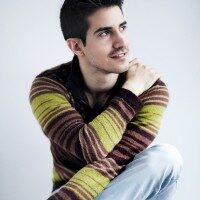