Founded in 2008, the Israeli Chamber Project brings together some of today’s most distinguished musicians for chamber music concerts and educational and outreach programs both in Israel and abroad. A dynamic ensemble comprising strings, winds, harp, and piano, the Israeli Chamber Project was named the winner of the 2011 Israeli Ministry of Culture Outstanding Ensemble Award in recognition of its passionate musicianship, creative programming, and commitment to educational outreach.

Based both in Israel and in New York, the ensemble was created as a means for its members to give something back to the community where they began their musical education and to showcase Israeli culture, through its music and musicians to concert goers overseas. Among its members are prize-winners at the Tchaikovsky International Competition in Russia, the Borletti-Buitoni Trust Award, Avery Fisher Career Grant, and the Gaspar Cassado Cello Competition.

The Israeli Chamber Project’s tours have garnered rave reviews (“These players have to be heard to be believed.” –American Record Guide; “A band of world-class soloists…in which egos dissolve and players think, breathe and play as one.” -Time Out New York) and established the ensemble as a major artistic force on both sides of the Atlantic. These tours include appearances on some of the premier chamber music series, whether Jerusalem, Tel Aviv, or New York, as well as in remote towns where access to live chamber music is extremely rare. Guest artists on recent ICP tours have included the Guarneri String Quartet’s Michael Tree and Peter Wiley, the Cleveland Orchestra’s Principal Flutist, Joshua Smith as well as international soloists Antje Weithaas and Liza Ferschtman.​

A strong advocate for music education, the ICP has partnered with several conservatories and educational institutions in order to offer lessons and masterclasses to students of all cultural and economic backgrounds, many of whom have little or no opportunity to work with internationally recognized musicians.

​In North America, the Israeli Chamber Project has appeared at Weill Recital Hall at Carnegie Hall, the Morgan Library & Museum, Town Hall, Merkin Concert Hall, Bargemusic, and at Symphony Space in New York City, the Morrison Artists Series in San Francisco, Carmel Music Society, The Clark Memorial Library at UCLA, and Ottawa’s Chamberfest, among others, and has been featured on NPR’s Performance Today and WQXR radio’s Young Artist Showcase. The ensemble’s debut CD, Opus 1, was released in 2012 to great critical acclaim. Writing for American Record Guide, Gil French noted “These players have to be heard to be believed”, and “These musicians…make music both as soloists and as an ensemble with the technical perfection of a Heifetz and the musicality of the most mature players.”

​Highlights of the 2016-17 season include the ensemble’s first appearances in Vancouver, Calgary and Montreal, a new residency at New York’s Baruch College, and the world premieres of two clarinet quintets by noted Israeli composers Menachem Wiesenberg and Yoav Talmi. ​ 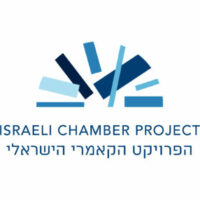