Pianist Itai Navon is performing frequently as a soloist and a chamber musician in many concert halls across Europe, including Konzerthaus Berlin, Pierre Boulez Saal, Wigmore Hall, deSingel, Beethovenhaus Bonn and more. He appeared with orchestras such as the Israel Camerata, the Israel Symphony Orchestra, Symphonette Ra’anana, and the Jerusalem Symphony Orchestra.
​
Itai Navon has appeared in many music festivals, such as Sommets Musicaux de Gstaad, Klavierfestival Ruhr, Gstaad Menuhin Festival, Bath Music Festival, Musikfestspiele Saar, Aspen Music Festival and School, and Israel Festival. At the invitation of Sir András Schiff, Itai Navon appeared in the Building Bridges series of concerts throughout Europe in the 2018/19 season.
​
Itai Navon has received valuable advice from renowned pianists such as Murray Perahia, Emanuel Ax, Angela Hewitt, Jonathan Biss, Robert Levin, and more. In 2021 he participated in a series of filmed masterclasses with Daniel Barenboim on Beethoven solo piano and cello sonatas.
​
Born in Jerusalem in 1996, Itai Navon began his piano studies with Esther Narkiss at the Conservatory of the Jerusalem Academy of Music and Dance, and continued with Emanuel Krasovsky in the Buchmann-Mehta School of Music, Tel Aviv. Itai is a graduate of the Barenboim-Said Akademie, where he studied from 2018-2022 with Sir András Schiff. Currently, Itai is studying in the “Sir András Schiff Performance Programme for Young Pianists” at the Kronberg Academy. His studies are supported by the America-Israel Cultural Foundation and Szloma-Albam-Stiftung. 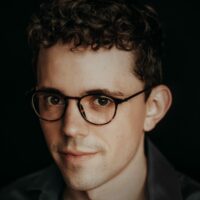