Arriving in Israel in August 1972, Judith was commissioned by Kibbutz Hulda to design, create and execute a series of murals. She apprenticed under the tutelage of sculptor, Robbie Scarf and exhibited a series of watercolors and charcoals at the GALLERIA HA'YA'AR.

Judith received her B.A. from the American College of Jerusalem. After the Yom Kippur War she joined Garin Nirim, served in the IDF, (Nahal) and was a founding member of Kibbutz Samar located in the Arava along the Jordanian border.

With a series of watercolors inspired by the Arava and Jordanian mountains, Judith set off on her extensive travels. She exhibited her watercolors in Amsterdam, Montreal, New York, Paris and Brighton & Hove. She landed her first solo exhibitions in London’s Women’s Art Alliance and New York’s Catskill Art Society’s Sullivan County Museum, Beck Gallery.

Settling in London, her Jerusalem inspired watercolors were invited to participate in the “British Royal Society of Women Artists Exhibition," The Mall Galleries, The Mall, London.

Residing on her narrowboat in Little Venice, she prolifically sold and exhibited her watercolors. She was invited to work at the newly established children's books publishing company, Walker Books founded by the late Sebastian Walker.

Judith developed and wrote marketing and public relations materials for the Film Center, Israel Film Archive and Film Festival. She was responsible for publishing the first Arabic Festival Press Kits.

Recently returning to Israel, Judith delved into the world of Digital Art where she finds a sense of wonderment entering the 21st century of creativity.

Judith's digital artwork has been invited to and participated in an unprecedented 58 exhibitions, competitions and publications; recipient of 39 awards and citations between 2021 and 2022.

THE FUTURE:
Two years ago Judith embarked on a major multi-media project entitled FATHER GIRI’S DIARY, A PILGRIM’S JOURNEY. After completing the narrative text she focused on creating THE DIARY artwork that so far has expanded into a collection of 65 digital paintings.

Father Giri is a young Catholic priest from India who in 1957 is sent to Jerusalem on Holy Pilgrimage. Born of a Hindu father and a Portuguese mother, Giri is a mystic who devotes himself to the Divine Mother.

By creating the fictitious Father Giri, Judith is free to explore and blend Hebraic, Hindu, Ethiopian, Catholic, Islamic and Yoruban imagery and themes.

While the digital paintings gracefully stand alone and continue to receive worldwide accolades and invitations, Judith’s goal is to mount a multi-media installation featuring the paintings with narrative text and video projection.

IN HER OWN WORDS:
“Transcending limitations, Art is the vehicle that transports the Observer and the Artist into the mystical realms of the seemingly impossible and unattainable.”

“FATHER GIRI’S DIARY breaks through old, stale, irrelevant beliefs. The Observer is given the rare opportunity to experience through ‘Art and Beauty’ mankind’s common quest to seek, find and experience love, healing, peace and goodness.”

“The true essence of Art is Grace and only through Grace can humanity dissolve discord, misunderstandings, religious conflict, wrong thinking and prejudice.”

LIMITED EDITION PRINTS:
Limited Editions are printed on 100% Cotton Fiber Archival Rag Paper. Each print is signed, dated numbered and comes with a Certificate of Authenticity.

To receive a catalogue of Limited Edition Prints,
please send an email to [email protected]


HERE’S WHAT THEY ARE SAYING

…You created Beauty and we want it so much – everything else falls away!

…brings me such warmth and light in my heart, can’t thank you enough…

…the true gravity of them in person is just magical – wow!… 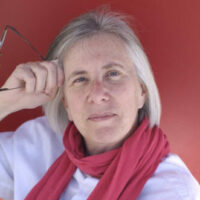