Leonid Padrul is a Ukrainian-born (Nikolaev, 1950) Israeli photographer, a world-renowned artist in the field of photography.

Padrul began engaging in stills photography and video focusing on nature of Ukrainian landscapes; Nude photography and portraits. He participated in documentary expeditions to Tien Shan in the former USSR between 1984-1978.

After immigrating to Israel in 1994, he fell in love with the Dead Sea landscapes. A large part of his photographs were made in this special area. For more than 20 years, Leonid was head of the photography department at the Eretz Israel Museum, Tel Aviv. During his tenure he contributed to the creation of many valuable catalogs documenting Israeli art. Leonid has shown over fifty solo exhibitions in museums and galleries around the world, with the support of the Israeli Ministry of Foreign Affairs, among them:

His personal experiences include:

1995 – 2017 – Chief Photographer of the Eretz Israel Museum, Tel Aviv.
1978 – 1984 – Expeditions to the Tian Shan, Pamir, and the Caucasus Mountains
1999 – 2007 – Expeditions to the Judean Desert and the Dead Sea area
2002 – Expedition to the Qumran caves as part of the National Geographic Magazine project
2017 – Producer, operator of experimental cinema.
2018 – Participation in the Israeli pavilion at the Cannes Film Festival for the 70th anniversary of the country.
2007 – Together with director Ellina Kwitkovski, he created the production agency Kwitkowski Art, which engages in artistic photography and experimental cinema. 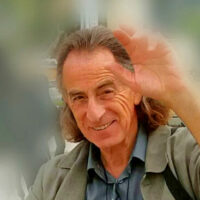