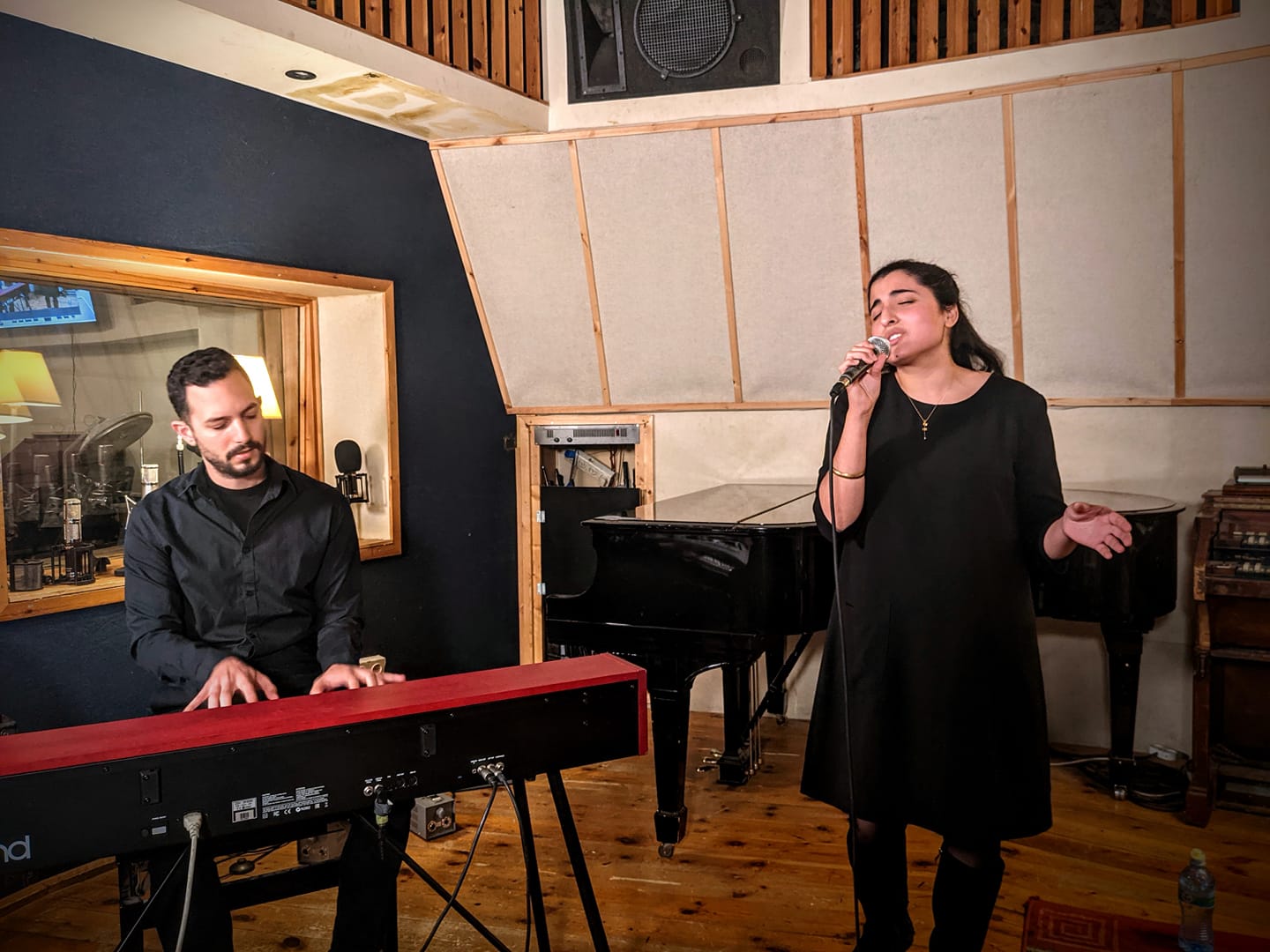 Maor Sabag (b.1990) is an award-winning Israeli Composer, pianist, and Musical Director.
Maor has performed in Israel’s largest venues and theaters, worked with the most famous Israeli Record Labels, and has collaborated with Israel’s most popular singers, including Idan Raichel, Nasrin Kadri, Harel Skaat, Ishai Ribo, and many others.

In 2017, Maor was awarded the prestigious Israeli Theater Prize for the production of his debut musical “Solika”.

Born in Rehovot, Israel, Maor began to develop a passion for music at a young age. He was taught to play the piano in his youth by the renowned Hana Shalgi, who was his teacher, and was later mentored by Rami Levin and Omri Mor.

In high school, he studied at Mitzpe Ramon High School and at the Bar-Ilan Arts and Sciences Yeshiva in Tel Aviv, where he majored in music.

Maor is a graduate of Rimon School of Music, where he majored in composition and arrangement.
Among his teachers: Rami Levin, Shmulik Neufeld, Amikam Kimmelman, Ori Zach, and Avner Kenner.
It was during his time at Rimon where Maor composed his first song to the words of poet Uri Zvi Greenberg – this song was awarded first place in a poetry competition. A year later, in 2013, he won the same competition again with his song “Nahal Kidron” performed by Ishai Ribo.

Maor works as a composer and musical director in projects and theaters, including the Cameri Theater, the Be’er Sheva Theater, the Library Theater, the National Theater for Children and Youth, The Shachar Theater and the Studio of Arts Theater founded by Yoram Levinstein.

In 2016, Maor produced and released his first musical, “Solika”. The musical was his innovation and is based on a Moroccan folklore tale his grandmother would tell him during his childhood. The musical was a smashing hit and was performed over 130 times all across the country in prominent venues. The musical, which Maor co-created with Tair Siboni, was selected for the Musical Festival in Bat Yam and won 3 ACUM prizes, including “The Best Music award.”

In 2017, ‘Solika’ musical premiered in the Be’er Sheva Theater to great success and was nominated for 4 different awards at the prestigious Israeli Theater Prize, with Maor winning the 2017 Composer of the Year Award for Theater and Music.

In 2019 Maor managed a new musical called “Ze Ani” (This Is Me), based on the hit songs of Eyal Golan. The musical was written and directed by Maor Zaguri. ‘Ze Ani’ was the Cameri Theater (the largest theater in Israel) prized musical with a live orchestra and over 40 actors. The musical received outstanding reviews in the the media and press.

· Composer Award 2012 – Poems by poets on behalf of the Ministry of Culture’s ‘Atzag House’ – “Nadma Be Nafshee” performed by Yigal Mizrahi.

· Composer Award 2013 – Poems by poets on behalf of the Ministry of Culture – “Nahal Kidron” – performed by Ishai Ribo.

· ACUM Award 2016 – Best composer in the “Bat Yam Musical Holiday” competition for his work in “Solika”.