She recently made her debut with the role of Königin der Nacht in Die Zauberflöte (Mozart) in Barrie Kosky’s Komische Oper Berlin co-production with the Israeli Opera, and with the role of Najade in Ariadne auf Naxos (R. Strauss) in Paul Curran's new co-production of Teatro comunale di Bologna, Teatro Massimo and Teatro La Fenice.

In the season 2022/2023 Nofar is going to make her debut at Volksoper Wien, under the baton of Maestro Omer Meir Wellber.

She recorded for Disney Pictures the Hebrew version of Beauty and the Beast (2017), and is the creator of the Musical Solidarity Project, in collaboration with RAI, involving 500 musicians and 55 opera houses and cultural institutions worldwide as a musical response to the global covid pandemic.

Nofar is an alumna of the Israeli Opera Meitar Studio Program (2015/2017), the Calgary Opera Emerging Artist Program (2017/2018), and the Rebanks Family Fellowship & International Performance Residency Program at The Glenn Gould School of the Royal Conservatory in Toronto (2018/2019). She graduated from the Buchman-Mehta School of Music at the Tel-Aviv University and received the AICF (America Israel Cultural Foundation), the Buchman-Mehta and the Eli Leon scholarships, as well as the Sir Jack Lyons Charitable Trust and the Azrieli Foundation sponsorships. 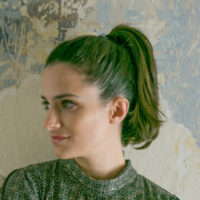