Oded Balilty is a Pulitzer Prize-winning Israeli photographer. Born and raised in Jerusalem, he began his career as a photographer for the Israeli army magazine “BaMahane”. In 2002, at the height of the second Palestinian uprising, he joined The Associated Press. In 2007, he won the Pulitzer Prize for his photograph of a lone Jewish settler confronting Israeli security officers during the evacuation of a West Bank settlement outpost. He is the first and thus far the only Israeli photographer to receive the Pulitzer Prize. From 2007-2008, he was based in Beijing for AP. Balilty lives in Tel Aviv and photographs current events and documentary features for AP in Israel, the Palestinian Territories, and around the world.

Besides his photojournalism, his fine art photography has been exhibited in galleries in Europe and Israel. 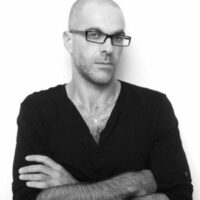