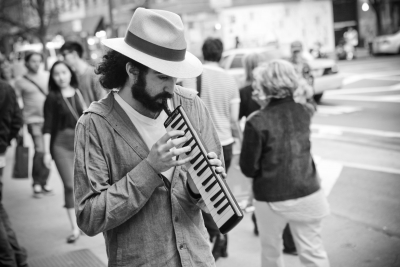 Composer and pianist Or Matias has established himself as a leading collaborator in NYC and the US at large. Since graduating from Juilliard in 2010, Or has been featuring cross-genre fusions of various styles, including: classical, jazz, rock, hip-hop, and pop. Or consistently attempts to break the barriers between his musical passions.

Most recently, Or has worked with the multi-platinum Trans Siberian Orchestra, Sting, violin virtuoso Amadeus Leopold, songstress Rachael Yamagata, and tap dancer Andrew Nemr, alongside countless others. His touring has taken him to New Zealand, Australia (Melbourne Festival), Germany, Kosovo, and all over the US, where he performed to sold-out crowds and wide acclaim.

As a composer, Or is currently working on a new musical adaptation of The Wave, the 1967 experiment which turned an entire school into a fascist movement in just five days. He was recently invited to the Ucross Artists Residency, where he began developing the piece. His full length musical, Rules of Play, was workshopped in NYC, directed by Jonathan Bernstein. His scores for dance have been performed at NYU, and across many venues in New York City. Or has been commissioned to write songs for international singers, and has performed his solo piano works in concerts across the US. In September of 2014 his music was featured in a sold-out show in New York City’s Joe’s Pub.

Fully immersed in the NY music and theatre scene, Or recently served as Music Director and conductor of the highly acclaimed pop-opera Natasha, Pierre, and the Great Comet of 1812. Upcoming projects include Michael John LaChiusa’s Nine Fathers of Ariel (dir. Graciela Daniele) and Dave Malloy’s Preludes (dir. Rachel Chavkin). Or also regularly performs in the city’s most popular venues, such as the Highline Ballroom, Le Poisson Rouge, Gramercy Theatre, Joe’s Pub, Rockwood Music Hall, and more. In 2011-2012 Or served as the music director for the NY branch of Playing for Change – an organization that raises money through concerts to build music facilities for underprivileged kids worldwide.

Growing up, Or participated in numerous classical chamber music festivals worldwide. At age 16, Or worked closely with violin legend Itzhak Perlman at The Perlman Program in Shelter Island. Previously Or also attended Musica Mundi in Belgium and The Banff Festival in Canada. Other master classes and lessons include Yoheved Kaplinsky, Maxim Vengeroff, and the Takacs Quartet, to name a few. While at Juilliard, Or studied piano with Prof. Julian Martin. Previously he studied with Dr. Sharon Mann and Ms. Hadassah Gonen. He also holds a Masters of Fine Arts from NYU, where he received a Dean’s Fellowship, and full scholarship for his studies.

Aside from music, Or enjoys sports, philosophy, and coffee. He believes that all music is universal, and his biggest passion is collaboration. 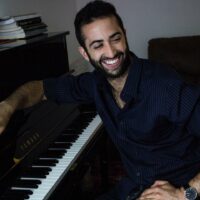