About The New Fund for Cinema and Television (NFCT)

The New Fund for Cinema and Television (NFCT) is a leading Israeli film fund, established over two decades ago, dedicated to supporting and promoting Israeli cinema, with a special focus on documentary films.

We provide crucial funding and professional support to emerging and established Israeli filmmakers so as to strengthen the development, production, and marketing of outstanding films. Widely recognized as the organization behind the success of Israeli documentary film, our portfolio comprises more than 500 films, encompassing an array of themes that document the rich composition of Israeli culture and society. Among the many award-winning films that we have supported are: Mr. Gaga, Presenting Princess Shaw, The Flat, Waltz with Bashir, The Green Prince, Dolphin Boy and A Film Unfinished. Receiving NFCT support is a seal of excellence, innovation, and creativity.

In the past decade, the burgeoning documentary film field in Israel has earned worldwide recognition and respect on account of the quantity, quality and diversity of documentaries emerging from our small country. Parallel to the meteoric rise of Israeli documentary film-making is the growing international recognition of documentaries as a powerful vehicle for inspiring social change. The NFCT believes in the enormous power of documentary films to engage, educate, connect people, and spark social change. Through our support of films and filmmakers, we seek to enrich Israeli culture while building a more tolerant and cohesive society. Through our funding, mentorship, and professional guidance, we support diverse filmmakers to create great documentaries and initiate special themed film programs exploring a broad array of issues, including: Israeli and Jewish history and the Holocaust;
Immigration, minorities and human rights; women; youth; The elderly; Arts and culture; Environmental issues; and more.

NFCT films help shed light on the stories, identities and communities of others; as such, they help enhance mutual understanding and respect among the many different cultures and groups that make up Israeli society. 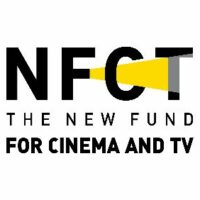 The New Fund for Cinema and Television (NFCT)

The New Fund for Cinema and Television (NFCT)